Revenge of the bullied fuels “Piggy”, the best horror film of the year

Horror is having a moment. Barbarian is the sleeper hit of the summer. Smile topped the box office with the aplomb of expensive studio productions. Both films feature female protagonists, sneakily subverting commercial expectations. Here’s hoping audiences who drove those movies to success show up for Piggy. It is not just an excellent genre exercise, but also one of the best movies of the year.

Carlota Pereda’s film premiered at the 2022 Sundance Independent Film Festival’s Midnight section. On the eve of its theatrical opening, we talked with the director about the journey of turning a short into a feature, her connection to classic Spanish cinema, and her favorite horror movies.

A graduate of the Cinema and Audiovisual School of the Community of Madrid (ECAM), Pereda worked as a script supervisor, writer, and director for several TV series. One summer, she was vacationing with her family in Villanueva de la Vera, a small town in Extremadura. A striking image awoke her curiosity. “I had just become a mother, and I was experiencing all the anxieties implicit in bringing another person into the world,” she says when asked about the genesis of Piggy. “The baby was napping, and my partner and mother-in-law were around to watch her, so I went downstairs and took a moment for myself. The heat is stifling at that time of the day. No sane person would go outside. But I saw a teenage girl walking on the street, and I asked myself ‘why?’. ‘Is she out there right now because she does not want to be seen?’ That same day I wrote the story.”

The story became a short film. The girl was Sara (Laura Galán), an overweight teenager suffering constant bullying from a group of toxic, popular girls. The tables turn when a serial killer targets the bullies, forcing Sara into a maddening ethical dilemma: to get revenge by proxy or to save her tormentors. The idea of turning it into a feature film arose long before it won the 2019 Goya award for Best Short Film (the Goya is the Spanish equivalent of the Oscar).

“The short film shooting was chronological,” says Pereda. “We were doing the final scene when she is walking down the dirt road, and I thought, ‘this conflict is just too good! It could fill a full movie.’” The striking image features a bloodied Sara on a barren rural road. You do not know if she is a killer or a survivor. “I wanted to do a moral thriller about someone who decides not to do something. And knowing Laura, I knew she could do anything.” Laura Galán, an actress with extensive experience on stage and on TV gives a star-making performance as Sara.

Pereda relished having a second turn at the material. “We were able to build in more and more layers, more gestures, more complexity.” She gives much credit to the collaborative process she established with the actress. “We worked together on the script, a lot. On every sequence, every shot, pondering what her trip would be like. We thought a lot about how Sara would physically move. For me, this is a crucial part of the performance. It comes from the body of every actor. How does she move? How does she breathe? I did not let her pluck her eyebrows for a year because that is something that marks your age!” Galán is in her thirties, but plays one of the most convincing teens I have ever seen on screen.

Piggy also offers a vivid, humorous portrait of Spanish society. Pereda’s masterful tone combines satirical detachment with knowing empathy in a way that reminds José García Berlanga. She takes the balance of cattiness and depth of feeling from Pedro Almodóvar. But the most salient influences come from horror: “John Carpenter is an evergreen influence for me. Also, ‘The Texas Chainsaw Massacre (Tobe Hooper, 1974); ‘Trouble Every Day (Claire Denis, 2001); but above all things, ‘Who Can Kill a Child?’ (Narciso Ibáñez Serrador, 1976), which is a horror movie in the bright light of summer.”

The movie works as the portrait of a community coming undone by the arrival of an agent of chaos. You can feel the filmmaker’s deep knowledge of the setting and its people in every frame. “It is the town where I spend my summer vacations, and it is people I know. For me, it is very important to locate my movies. The setting is part of their truth. To reflect the truth about human experience is as important as to explore the place where the action takes place.” Switch the shark from “Jaws” (Steven Spielberg, 1975) for a silent human killer (Richard Holmes), and you get a pretty good idea of how Piggy plays. 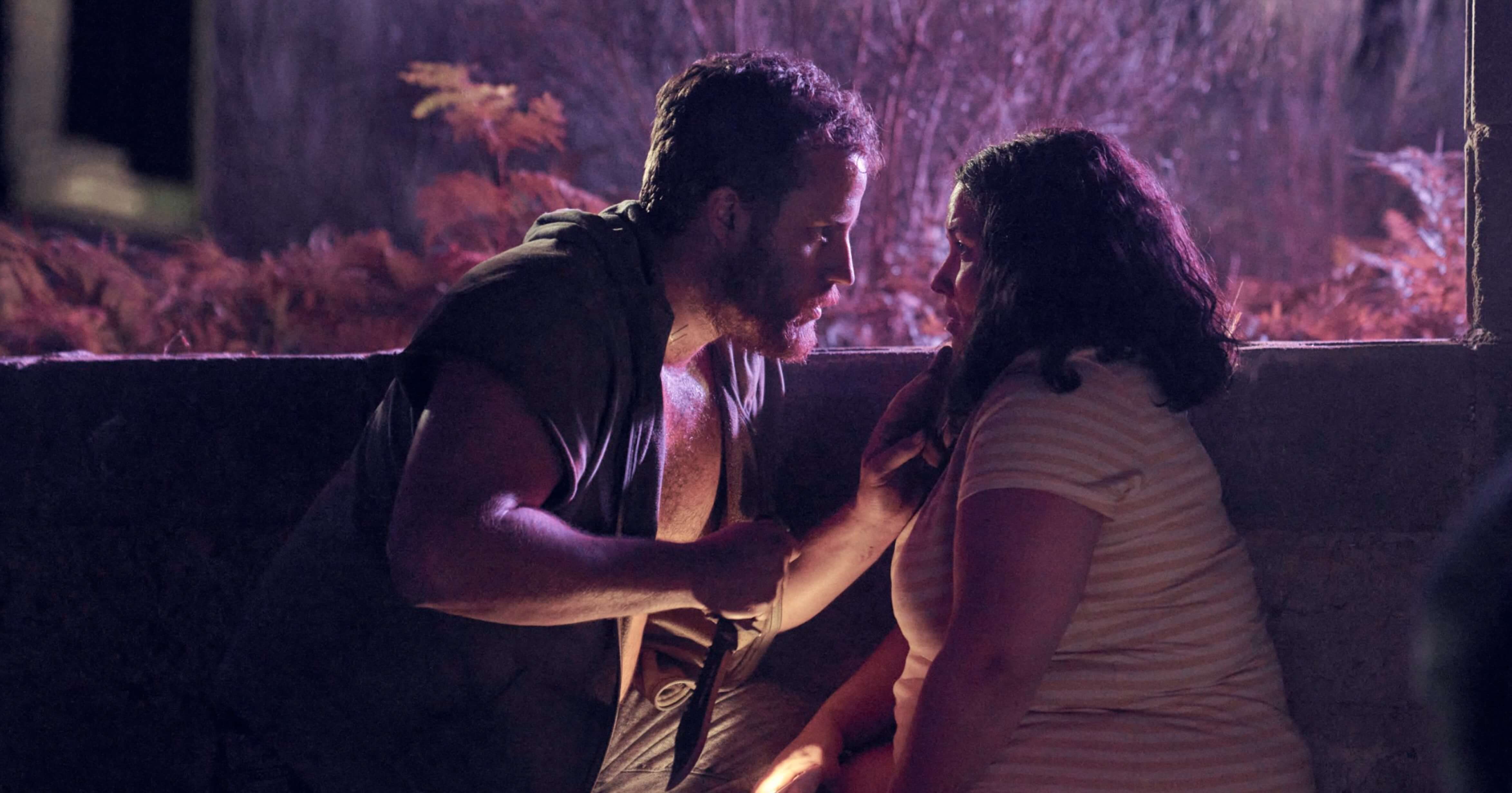 Family is the ultimate refuge in Spielberg's world, but for Laura, it is another front of attack. Her father (Julián Valcárcel) is warm but oblivious to her pain. Her rueful mother is played by the legendary Carmen Machi, in a coup of casting against type. She is a walking trigger of eating disorders, undermining her self-esteem anytime she can. “Violence is the normal state of affairs now. It is transmitted from one generation to another and normalized as an everyday kind of thing.” It is like when Mary Tyler Moore played the aloof mother in “Ordinary People'' (Robert Redford, 1980).

Horror manifests itself way before the first killing, in shocking episodes of bullying. The scenes are hard to watch. Their immediacy may come from lived-in experience. “I also suffered from being bullied, so there is a lot of me in her”, says Pereda. Class conflicts feed the dynamic. The tormentors are distinctively middle and upper-class. “When I was at school, there was bullying against overweight kids, gay kids…but always to those who were also underprivileged. Rich kids were spared!”

The agonies of youth are evident, but the ecstasy will take you off-guard. There is sexual magnetism in the silent killer, and Laura feels seen as a sensual person for the first time. He may be a murderer, but he leaves tokens of affection in her room in the shape of her favorite convenience store snacks. “For me there are three protagonists in the movie: Sara, the stranger, and the viewer. I was interested in making a sort of interactive movie but putting the spectator on the spot, wondering what they would do. Every aesthetic and narrative choice has to do with that.” 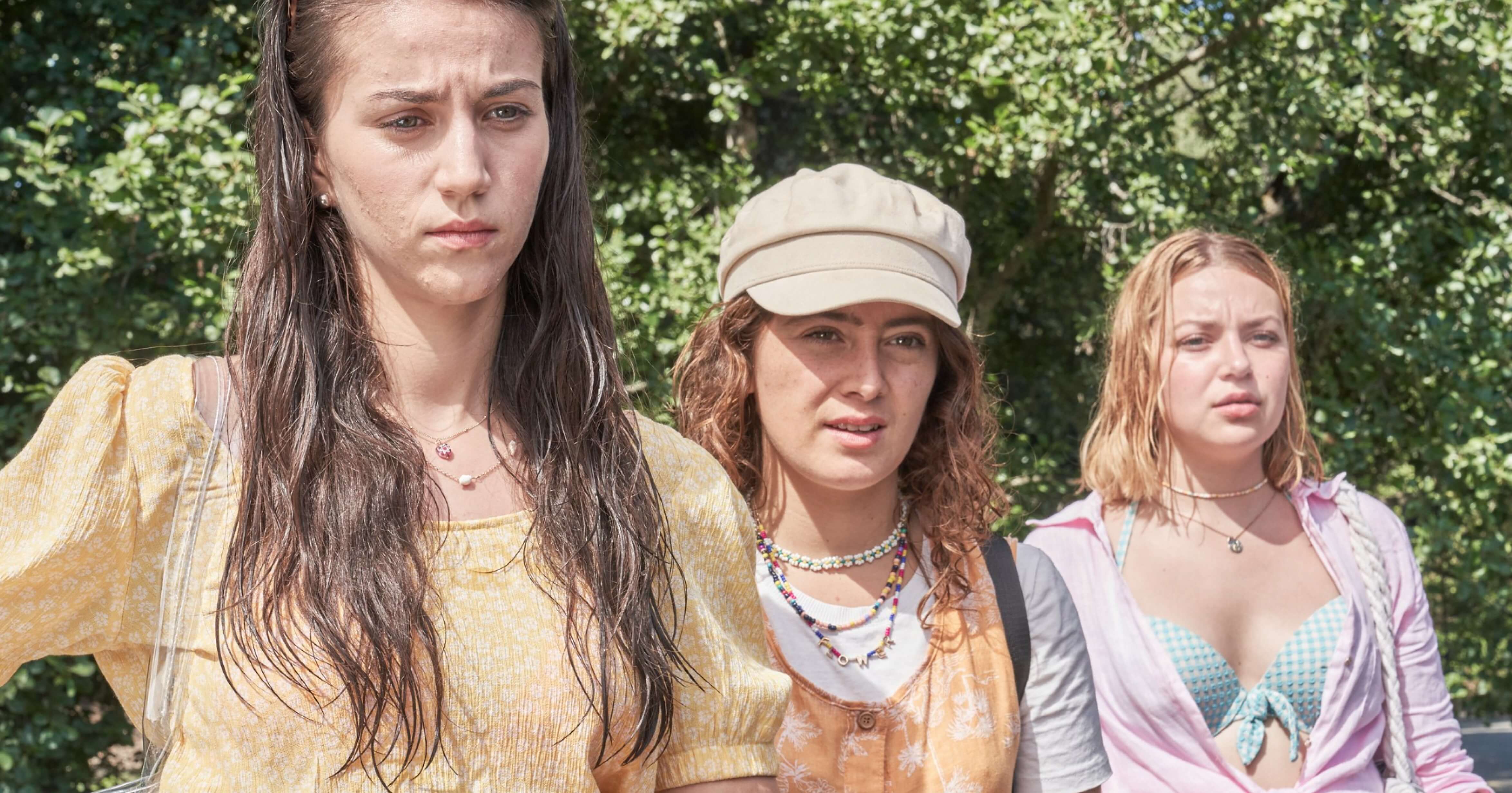 Piggy comes at a time when the issue of representation is amped-up by high-profile films such as The Whale (Darren Aronofsky, 2022), with Brendan Fraser as a morbidly obese shut-in. Where does Pereda stand on the controversy of who gets to play diverse-bodied characters on-screen?

“As long as they do not make a joke of it, I do not think it is necessarily wrong. But the thing is, why not search first for an actor who is what you are looking for? If you do not find him...All right, look for somebody else. In the end, you need to get an actor who understands the character. We did many casting calls for overweight actors, but I could not quite find what I wanted. Richard came in to read for the cop. But there was something in him that told me ‘this is the guy!’ He gained a lot of weight to play the role of the stranger. ”

“I think it is more problematic to say that only a trans actor can play a trans character. A trans actor should be able to play any character they want to play. The problem is that there are no roles for them, or they do not get cast. There has to come a time when a trans performer can play a cis character without a fuss. We will not need to have this kind of conversation. We only have them because divergent talent does not get these opportunities.”