The Other Tom: An interview with directors Rodrigo Pla and Laura Santullo

Rodrigo Plá and Laura Santullo take a hard-hitting look at the challenges of single motherhood in the liminal space of the southern frontier in The Other Tom. The movie arrives at US theaters after a stellar run through the festival circuit. It premiered at the Venice International Film Festival, followed by the Contemporary World Cinema Competition at TIFF. Back in Mexico, where the married filmmakers reside, it earned five nominations for the 2022 Ariel awards, handed out by the Mexican Academy of Cinema Arts and Sciences. Think of it as the Oscars, south of the Rio Grande.

The Other Tom started from a nagging concern common to parents in the early XXI century. “We have two children, and we started to notice an ongoing conversation about pediatric mental health, specifically Attention Deficit Hyperactivity Disorder. It seemed to be practically an epidemic,” says Santullo. Intrigued, they began to investigate the subject with the help of Plá’s mother, a psychoanalyst. 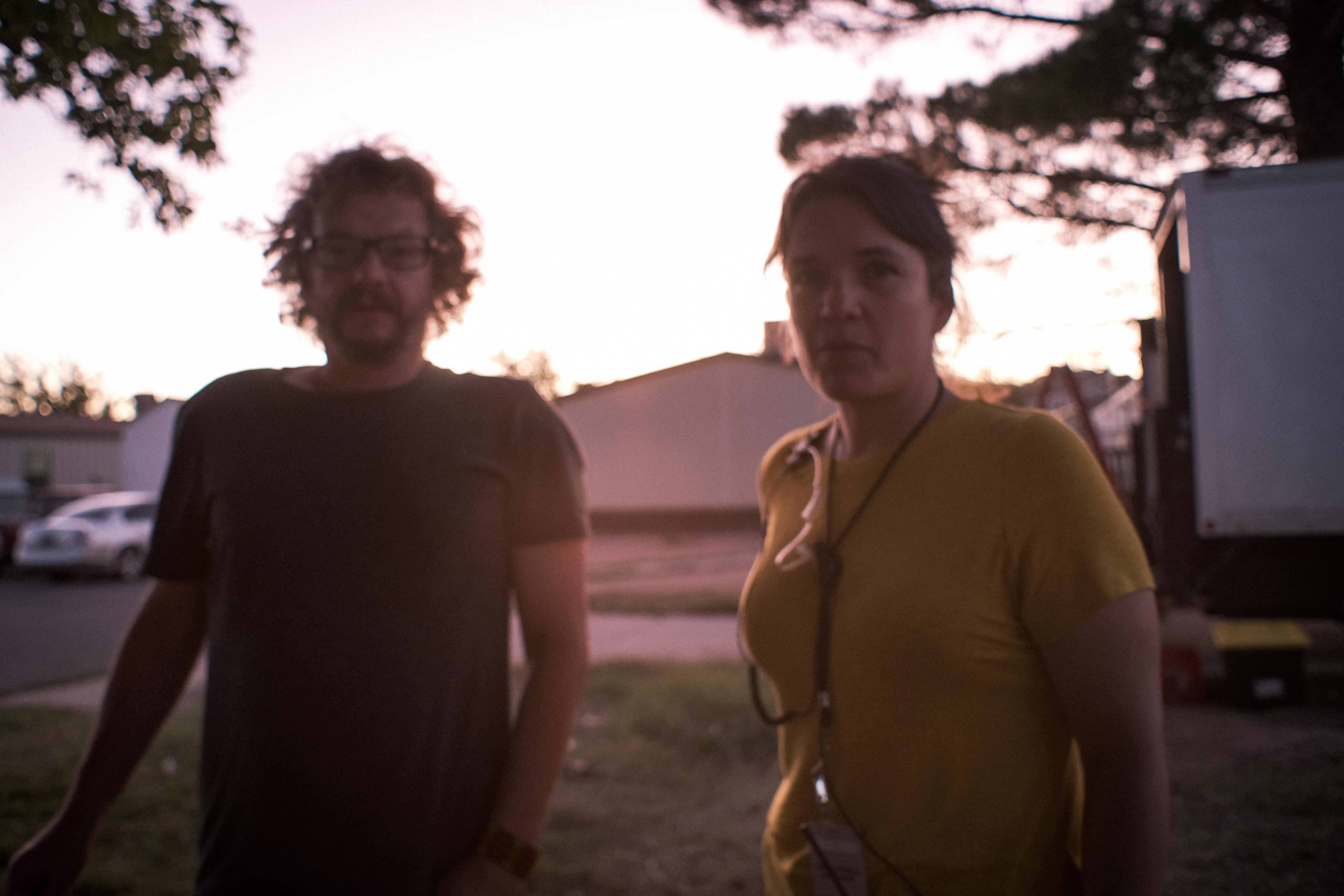 Married behind the camera: Plá and Santullo

After 15 years and four feature films together, with Laura credited as screenwriter and Rodrigo director, they decided to share directing credits for The Other Tom. The movie follows Elena (Julia Chávez), a single mother living in El Paso, Texas. Her son Tom (Israel Rodríguez Bertorelli) is a rambunctious 11 years-old kid with an unruly mane of curly hair and a penchant for driving teachers up the wall. We first meet them on their way to the unemployment office. A faceless bureaucrat throws roadblocks on her way to a much-needed relief check. The scene sets up dramatic and visual leitmotifs. The system that should help them seems to be a hindrance. The camera holds steady on Elena while the well-intentioned strangers remain off-camera. Most seconday characters will remain unseen or partially obscured by other elements on the screen. We get the sense that mother and son are alone.

The location adds another level of significance to the proceedings. “In previous films we focused on characters living in places where the government is absent. Now, we wanted to set the action in a place where the government is strong and has a presence in day-to-day life. What happens when it is strong, and enters the public and private spheres? What consequences does it have in the life of a family?” asks Plá. “Then, we knew it had to happen in the United States. The Texan city of El Paso brought an extra layer of significance. The name means “the place where one passes through” in Spanish. The characters seem to live a transient existence. It is not by chance that Julia resides in a mobile home.

Under the weather, on the lam: Chávez and Rodríguez

Concentrating on a border community opened up a new world for the Ciudad de México based filmmakers. “We found fascinating people. They are bicultural. They brought a whole new dimension to our idea of the movie. We were concerned about the perils of simplifying people, labeling them with one look, just like kids being diagnosed with just one look. Our characters do not have a sense of belonging to one single place. They are both Mexican and American.". Plá knows about rootlesness. He was bron in Uruguay, but has spent most of his life in Mexico.

In a risky but ultimately rewarding creative choice, Santullo and Plá decided to forego professional actors and worked with the very people they observed in the process of doing research in El Paso. “We could have tried to bring professional actors from Mexico, but then, we would have spent all of our time trying to make them copy the behavior of the locals. We decided it would be richer to invite the locals to perform. That way, we would preserve their singularity, the bilingual pocha (mexican-american) way of talking, and all those little things.

The risk pays off. Chavez gives a beatifully graded performance as a prickly impatient woman trying to do what is best for her and her child. This role should be the start of a long and fruitfull career. Elena is a prickly, complicated character. She cares for her kid but also has a life of her own and sexual agency, to boot. In the funniest scene, Tom spooks a casual Lotario riding the fridge after a night of passion. The movie does not serve as an idealized portrait of motherhood. You can see the strain of being the sole caretaker of a child with special needs, devoid of martyrdom and sentimentality. In an era when audiences quickly decry not being able to relate to characters on-screen, this is not a small risk.

“This way of relating is overrated,” says Santullo. “I feel you can empathize with the complex bond Elena and Tom share. You can feel a more sincere form of empathy because motherhood is hard! Fatherhood is hard! It is not a rose garden, nor a static state, where everything is comfortable and perfect all the time. We tried to show motherhood as we understand it, more realistic, closer to what happens in everyday life. You can see yourself in this particular mother and recognize, ' I’ve been tired too. I’ve wanted to throw in the towel, too! I screamed for somebody else to take care of this kid!’. Each character contains multitudes, just like real people.”

“We looked for people whose reality is close to that of the characters,” adds Plá. "The Child Protective Services inspectors were veteran CPS. So they already know the dynamics of their work, and they can incorporate that into the scene. The same thing goes for the teachers and the school director. Their knowledge enriches the movie.” Besides life experiences, the performers brought accruements of every day life as a bonus. Ace production designer Ana Bellido and wardrobe designer Malena de la Riva raided personal closets and homes for clothes and housewares. They also scavenged garage sales and second-hand shops. It is not surprising that everything looks lived-in, and you learn a lot about the characters from their looks and the spaces they inhabit. 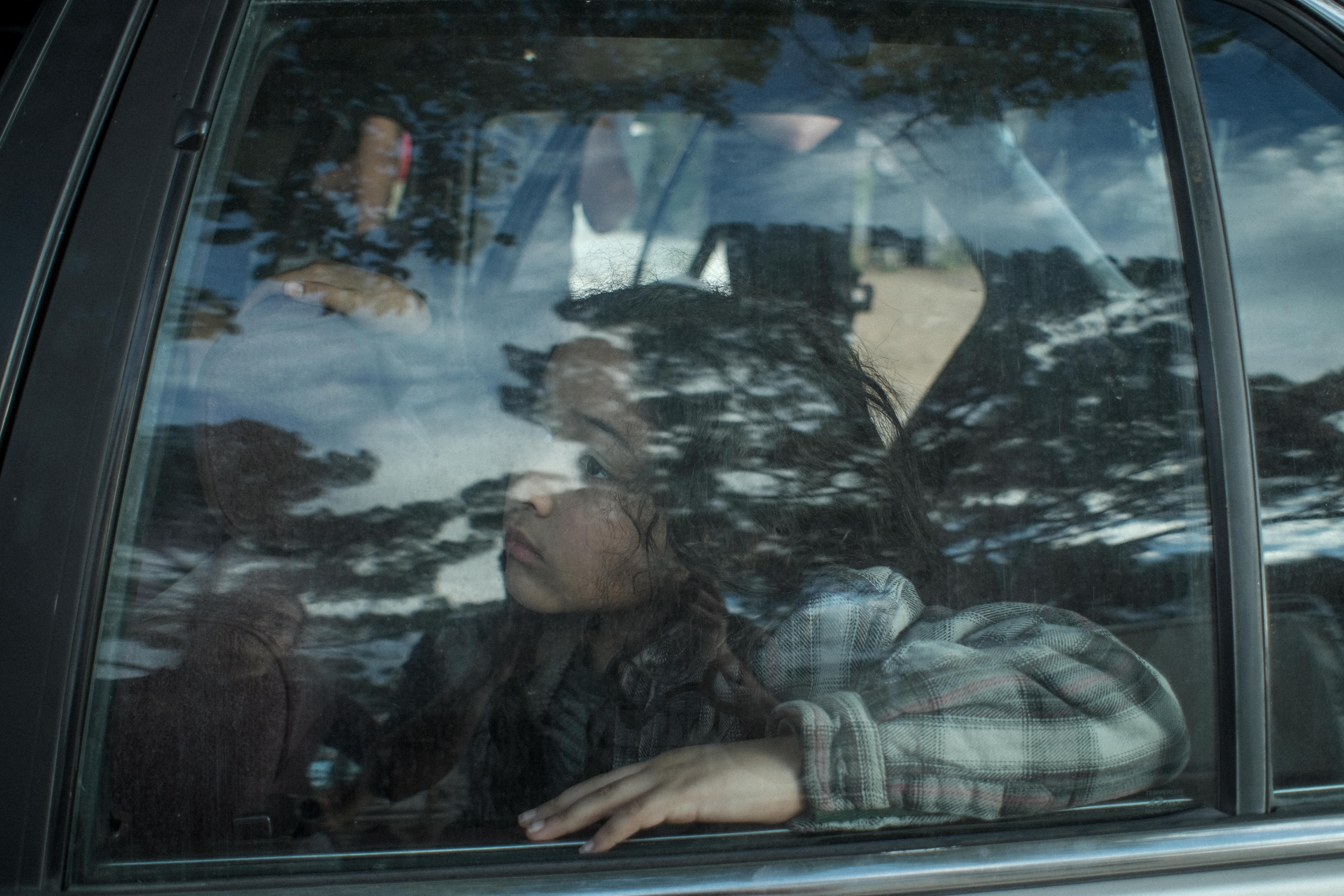 Boy, divided: Israel Rodrígez Bertorelli is Tom and "The Other Tom"

The Other Tom may sound like social-issues-driven cinema, but it is much more complex. It is a fascinating character study. For all its concerns about the over-diagnosis of ADHA, you are never quite sure if Julia is doing the right thing. When she makes a choice that may imperil her custody, you cannot help to feel a pit in your stomach. Wisely, Plá and Santullo offer no easy answers. The ambiguity allows for Tom’s feelings to take center stage. He wonders whether people prefers “The Other Tom". He means the one that is less disruptive and more obedient. The one that takes medication.

According to Santullo, “the child's attitude may happen for more than one reason. We perceived a tendency to simplify diagnosis. They look just at behavior and ignore the context, and his overall emotional state.” Although Tom’s father makes occasional phone calls and gives him an incongruous surfboard as a gift, he is mostly absent from his life. “The system tends to assume it is due to just one reason, biological or clinical.”

As The Other Tom meets audiences, the couple has several projects in the pipeline. The adaptation of a Children novel by Santullo is the one closer to getting a green light. Plá is optimistic, despite changes in the Mexican film industry. “Subsidies for cinema are shrinking. It is harder to get production going! But this movie got into Orizzonti at Venice, a section showcasing modern narrative fiction films! It is heartening for a couple of veterans like us."

* The Other Tom is now playing in theatres