The Computer Accent: an Interview With Sebastian Pardo and Riel Roch-decter

You do not have to know Yacht to get in the groove of The Computer Accent. In 2017, the band and art collective decided to compose, record, and produce a music album using artificial intelligence. Longtime film-producing partners Sebastian Pardo and Riel Roch-Decter documented the process and debuted as co-directors. The result is an irresistible excursion to a brave new world where art, technology, and humanity collide. We caught up with the filmmakers before the movie opened in theaters.

Popflick: How did you get involved in documenting this process the band Yacht embarks on?

Sebastian Pardo: We got word through the industry grapevine that somebody was interested in creating an album using artificial intelligence. That piqued our interest. We normally produce films, and many of the filmmakers we work with are wrestling with new ways of using new mediums and technologies. This project wrestles with technology and maybe the quintessential human thing, which is art, which has been around since the beginning of man. So the idea that those two things would be in conflict was too intriguing to pass up. 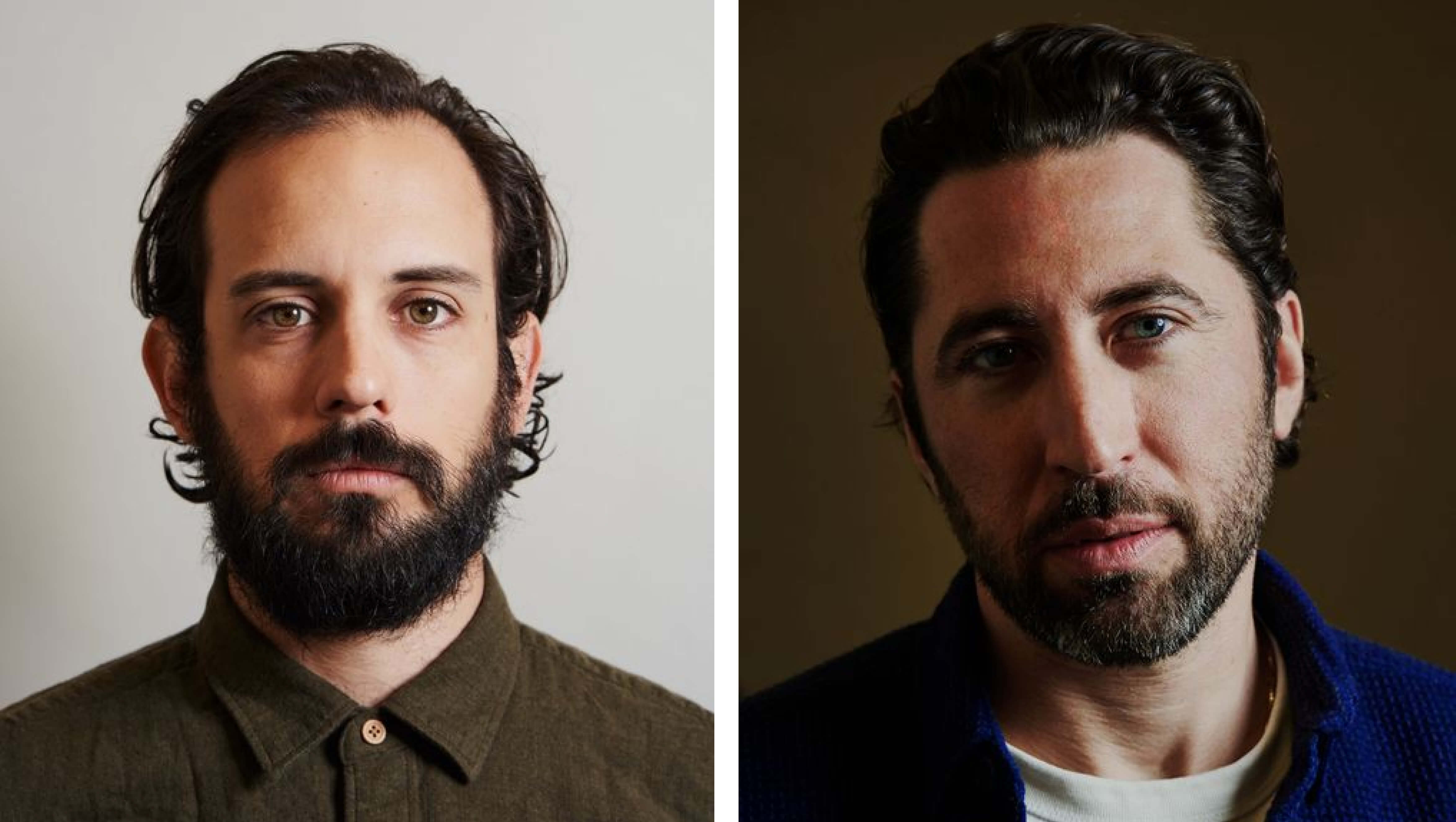 Sebastian Pardo and Riel Roch-Decter, co-directors of "The Computer Accent"

Popflick: This is the first time you are directing. Why now and why this film?

Riel Roch-Decter: They are not filmmakers, they are musicians. And so we decided to take up the mantle of being the filmmakers in this case and expand our role from producers to directors and collaborate with editors to help us get there. It was certainly a new challenge, but it came about very organically. It wasn't us setting out saying, "Oh, we want to direct now, let's find a great project".

Popflick: And how was the process of working together in the movie?

Sebastian Pardo: It was a film that required a lot of our different skill sets throughout the process. And so we kind of just solved each problem as it came about. We started in January 2017. It's been something that has continued in the background, like an extension of the overall project, our production company, Memory.

Tightly edited, the movie brings you up to date on the Yacht's history. Jonah Bechtolt, Claire L. Evans, and Robert Kieswetter are more than musicians. They are bonafide multidisciplinary artists, working on whatever medium catches their fancy. The Computer Accent demands them to work as journalists of sorts, interviewing scientists and engineers working in the field of AI development.

Popflick: The documentary is very straightforward. Were you tempted to do something more abstract because of the subject matter?

Riel Roch-Decter: We did a lot of different edits and went into the story many different ways, trying to figure out the best balance between these more abstract concepts and the kind of human story. It's strange to think of it as our most accessible film in a way, given that it's about something that is, you know, as conceptually rich as artificial intelligence. But it kind of ended that way, surprisingly! I don't quite know why. People have a good time and learn, and the band themselves make music that is quite upbeat and fun. We leaned into their ethos and aesthetics and tried to make the film like a fun, fun ride. 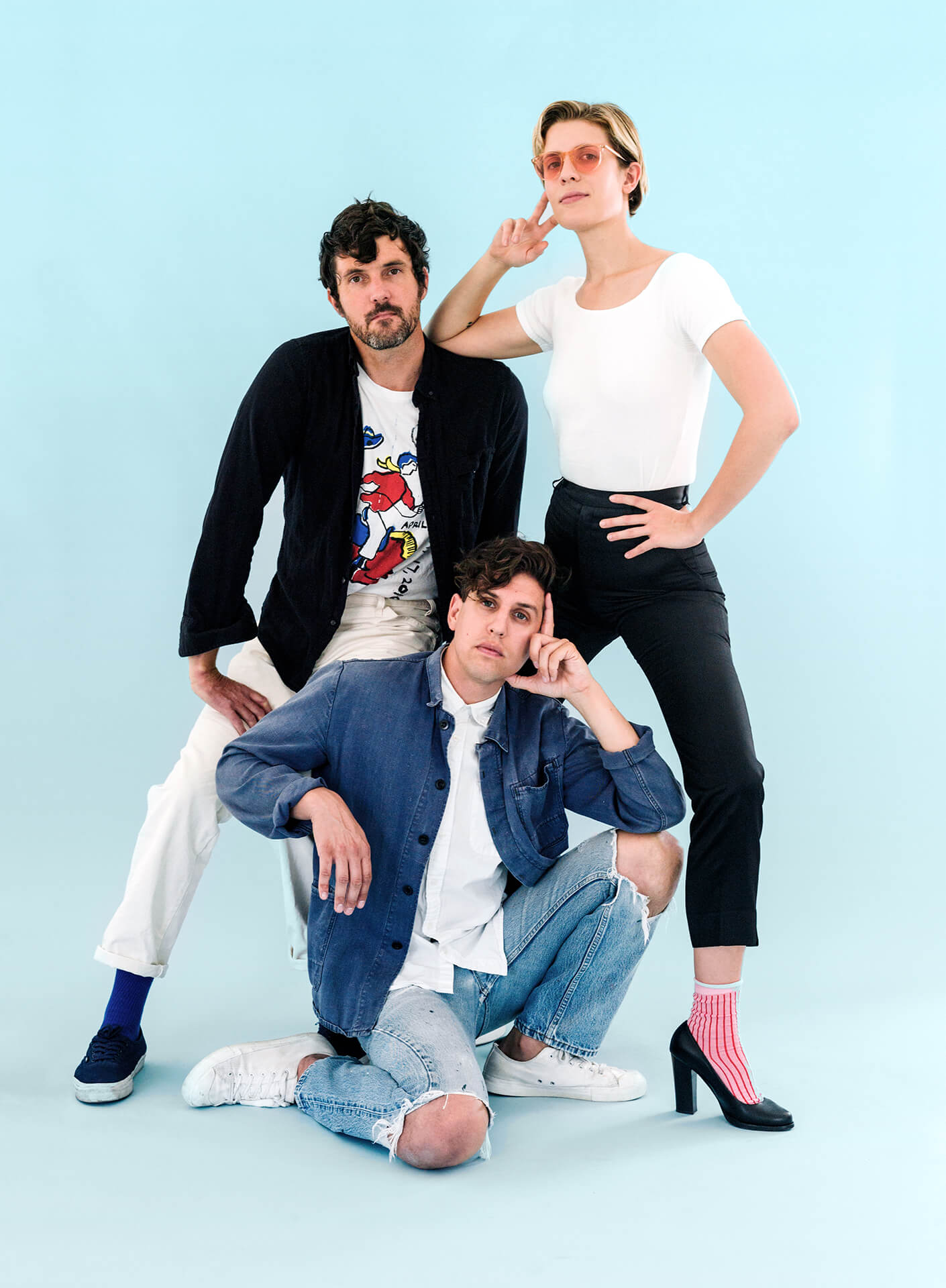 Popflick: Where do you stand on integration of artificial intelligence in the creative process? Can it be contained as a tool? Is there a risk that it might overtake creativity at all?

Sebastian Pardo: I would say no. But I would also say AI is not one thing. It's not necessarily "this model is learning something about music that it can take to anywhere else". It's only hyper-trained on one specific set of information. It can create maybe useful outputs, but that can't be applied anywhere else. There are other projects like the Alpha Project that learn how to play the board game Go and from there, learn how to do other things. The ambition of that project is to make something closer to the mind. But for this music stuff, it's mostly pretty contained to making useful tools for artists. It forges the ability to make artists' lives easier, bringing more people who maybe aren't classically trained or don't know how to play piano, or don't have access to a cello to allow them to have a voice in music creation. I don't know that that will ever usurp the creative impulse; because it still requires a human to do something with it.

To think that it's just about the raw output it puts out, and that's what makes art…It’s like saying that an accurate landscape makes art valuable. And it's not. Art is in the human intention, the human innovation. You're just giving people more tools to come up with things that we can't even really imagine yet.

Riel Roch-Decter: You still need humans to decide whether it's art or not. So whatever the machine puts out, you still have to have a selection process. And that's always going to be the case, because that's the audience’s job...unless we get to a point where computers are making art for other computers!

Sebastian Pardo: And what would that sound like to us? We wouldn't even know it's art. We would just think it's a mistake.

The filmmakers are also the producers of All Light, Everywhere. Theo James’ film won the US Documentary Special Jury Award at the 2021 Sundance Film Festival. The movie offers a lacerating critique of the uses of technology to create a culture of surveillance that goes against citizens. It is a stark contrast with the techno-optimism on view in The Computer Accent.

Popflick: You also produced All Light, Everywhere. Making The Computer Accent changed your opinion about what technology and what it can do to human life?

Riel Roch-Decter: They are different sides of the same coin. We made both films at the same time, and it helped us keep our balance. Maybe it even spared The Computer Accent from going down the rabbit hole of the threats of technology because we were already working on another film discussing that.

Sebastian Pardo: I came into the film thinking a little bit more about this techno-utopia and all the great goodies the technical revolution and the Internet age have given us. But I've come to the position that the underlying philosophy of the ambitions of these engineers, and how they see humanity, will lead them to never really making a project that can create a competitive consciousness. I don't think it's possible, and I don't think AI can make art for many reasons. But the real peril is the degradation of what it is to be human. To merge humans closer to the machine, more than having the machine rise to be as great as humans can be.

Popflick: Is narrative cinema the art form most resistant to the intrusion of AI?

Sebastian Pardo: Oh, I think it's the easiest. You could train an AI model to write an Oscar-winning film pretty easily, because the Oscars have degraded themselves so much, not because the AI has gotten so great.

Popflick: There goes the nomination!

Sebastian Pardo: I used to have a note pinned on a wall with “No Oscars'' written on it. To win an Oscar means to make something that affirms what people believe. It's not pushing or questioning or interrogating anything. It's an affirmation of what the industry wants. It's an affirmation of what people want. And yes, people should get what they want in an entertainment medium. But an art medium has a different duty and responsibility.

Popflick: Would you guys use artificial intelligence in your filmmaking process?

Riel Roch-Decter: Certainly, we used AI tools to make some things better. The kinds of tools invented when we started the film are now household things. Even the DALL E2 is used for all sorts of creative purposes. We are wide open to continuing to explore the technology from a storytelling perspective.

Sebastian Pardo: Everybody is using AI right now, without even thinking about it. Do you want to put a filter on a photo? That's AI. Do you want to use a magic lasso in Photoshop? That is AI. There is a famous William Gibson quote, "The future's here. It's just not evenly distributed." Yeah, a lot of these things are already here. It's just how long it takes for them to trickle into everybody's consciousness as AI.

A lot of the AI in the art stuff right now is trying to reduce art to a game. And I think the human responsibility is to go off book, which is how Bobby Fischer won chess tournaments. He just did crazy stuff that nobody had ever seen, things that only humans could come up with. That's the responsibility of people, to do the things that the robots can't.