The Glass Onion Conundrum: Why Netflix Cares So Little for Theater Runs

Director Rian Jonhson became a lightning rod in the cultural wars thanks to his beautiful entry in the Star Wars franchise with The Last Jedi (2017). Vocal fans took exception to some creative decisions, and the social media pileup that came afterwards was more savage than the Clone Wars. He found solace in a tried and true genre: the whodunit. Knives Out was a warm homage to mystery writer Agatha Christie, updated to contemporary American social mores. Released in September 2019, the movie was a surprise international hit grossing over $311 million worldwide. Not too shabby for a non-franchise film with a $40 million budget. 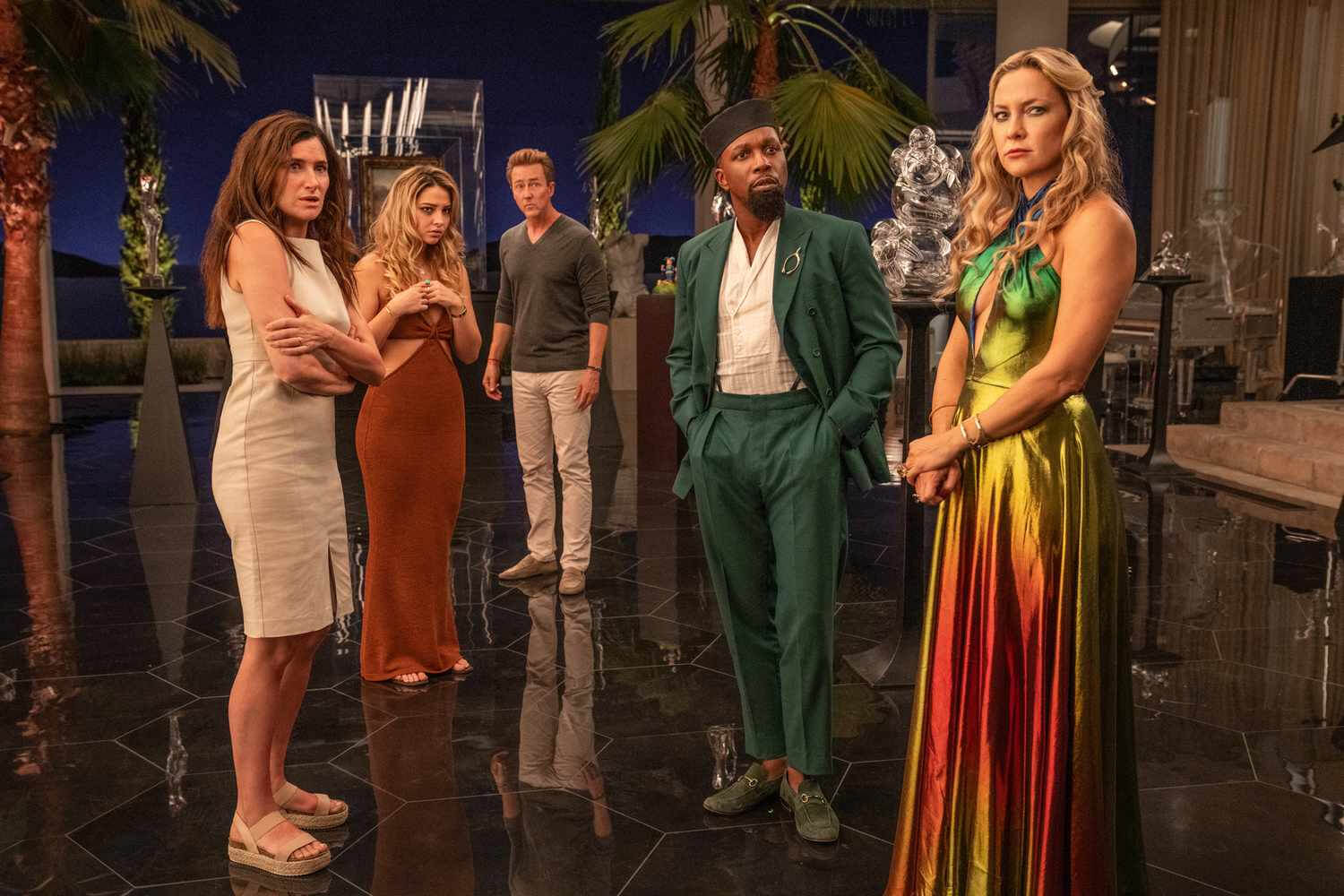 Knives Out was also a rare specimen: a franchise starter, a shiny and new piece of IP. The last turn of Daniel Craig as James Bond in No Time To Die (Sam Mendes, 2020) was already in the can. The actor lucked out in finding another signature character. He could forget about fitting in a tuxedo handed down for generations. Now he could invent a character of his own. Private Detective Benoit Blanc dresses like a dandy and speaks in an unplaceable southern accent. A character describes it as a “Kentucky-fried Foghorn Leghorn drawl”. Think of Hercule Poirot as an ambiguously gay Savannah gentleman.

Blanc, Benoit Blanc: Craig gets a detective of his own in Glass Onion / Photo: John Wilson, Netflix

You can see him anchoring a franchise, with each entry complemented by a cast of top-of-the-line actors vamping it out. Lionsgate announced a sequel in February 2020, but one month later, Netflix outbid them with a truckload of money, creative control, and not one but two sequels. The first of those two is Glass Onion: A Knives Out Mystery. The unwieldy title is a mouthful. I am guessing they are favoring brand recognition over elegance. Would it have killed them to present it as A Benoit Blanc mystery?

It did not matter to audiences who flocked to the cinemas over Thanksgiving weekend. Industry sources calculate the movie may have grossed $15 million in just 600 screens, which hints at a hit with long legs. A bit more screens and aggressive marketing, might have pushed it to the $300 realm. At least, that is what exhibitors believe, with enough conviction to explore with Netflix the possibility of keeping the movie in cinemas longer.

It did not happen. By Netflix standard release policy, the movie screened in theaters for one week only. If you did not make time during the busy holidays to schlep yourself to the Multiplex and catch it on the big screen, you must wait until December 23, when Glass Onion will appear on Netflix. The streamer is so committed to this strategy that it also played out like this in the international market. 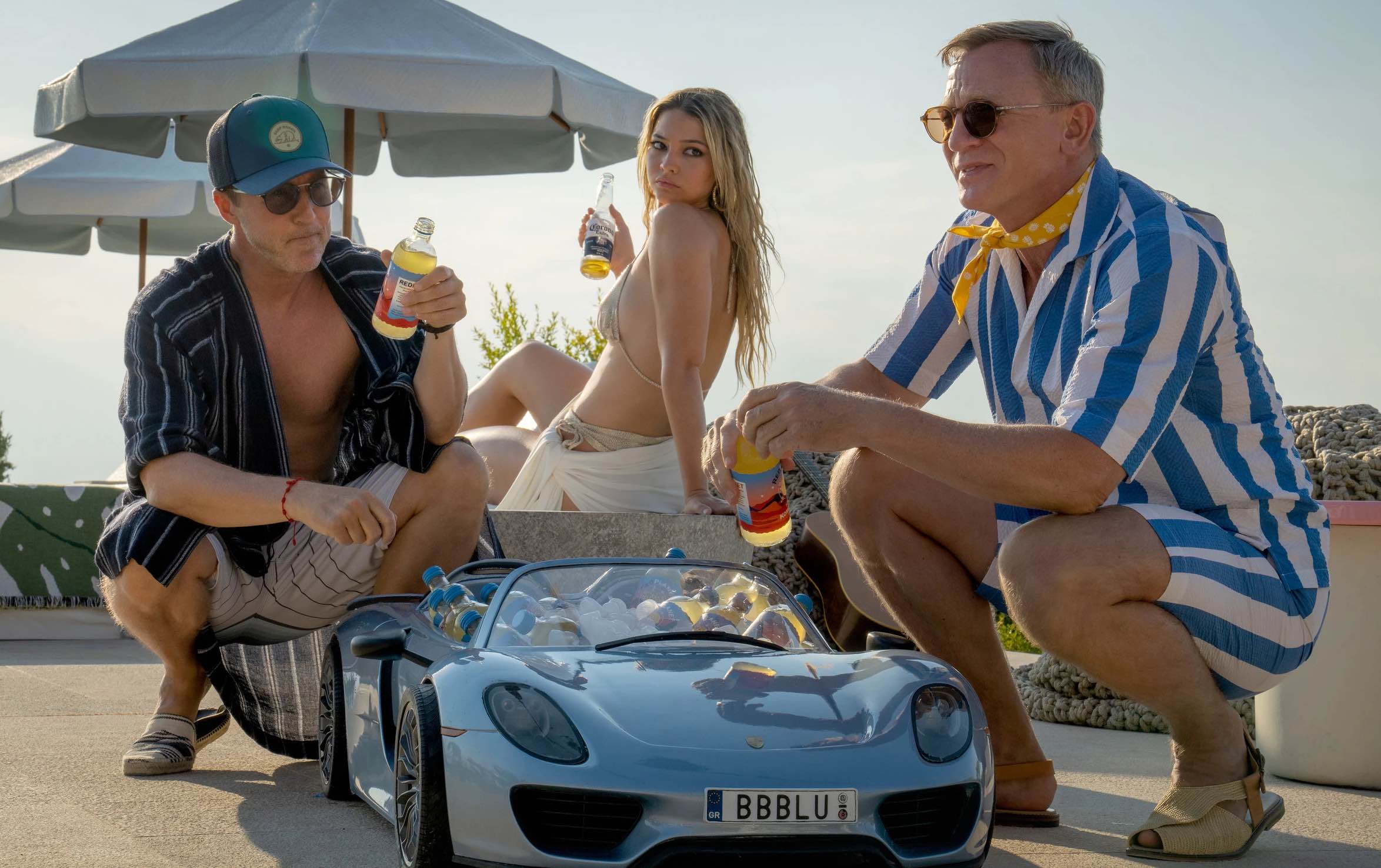 It should not surprise us. We are at an inflection point in film culture. It might even be a misnomer to keep calling it film culture, since movies can get to their audiences without even being printed on film. Habits in the distribution and consumption of moving pictures are changing. Gone are the days when theatrical exhibition was the way to experience this medium. The advances in streaming technology, the pandemic, and the sheer volume of choices available competing for your meager time and ever-shrinking entertainment budget conspire to make a trip to the cinema an untenable indulgence. The feeling is stronger with Netflix Originals, which will be readily available at your fingertips in a few days.

Yes, for us cinephiles, nothing trumps a darkened theatre. Not for nothing, Nicole Kidman’s AMC advertisement became a cult hit by its own right. But Netflix is playing a long game, convincing people to subscribe to their service. They tolerate limited theatrical exhibitions to humor filmmakers who grew up wanting to make movies for the silver screen. A one-week run on cinemas to qualify for the Oscars is also a good enticement. It does not cost anything to keep talent happy, and they get some buzz to push new subscribers into trying that trial offer that may turn them into subscribers.

Netflix could not care less about the survival of cinemas as we know them. They will become something like opera houses, if they survive at all. The hypothetical $300 million box office for a normally released Glass Onion, which they would have to split with theater owners, is just a drop in the bucket. So, a one-week release will suffice. The knowledge that it is a limited engagement creates scarcity, which makes the limited number of chances to see the movie more desirable.

Glass Onion is ill-served by the strategy. As a murder mystery, it is susceptible the spoiling of its twists and turns - not to say the identity of the murderer or murderers - in the three long weeks that separate the end of the theatrical window from the streaming debut. The buzz will have died when Craig’s handsome mug flashes on the home screen for a few seconds before ceding space to Selling Sunset or whatever the algorithm is trying to push into your eyeballs. And therein lies the prickly cultural shift affecting our beloved seventh art. No matter its quality, a movie becomes an event by being screened in a theater. On the grid of any streamer, it is just another option among many.

Choosing a film, mobilizing yourself to a theater, paying money, and picking a seat adds consequence to it. Sure, these actions are foreign to the actual movie but combined, they add substance and consequence to the act of watching. I tend to remember all the movies I have seen in a theater. When and where I saw it, if I was accompanied, by whom, plot and striking images still glimmering in my mind. What did I stream last week? I need to check my Letterboxd to figure it out.

Theater screenings are still the gold standard, but that is changing as the generation who grew up with movies as their prime entertainment dies. Going back to the AMC Kidman ad, young people do not "need this, all of this." Those "dazzling images on a huge silver screen" are as good as the overlit motion-smoothed digital frames flashing in their widescreen TV. Or worse yet, their phones.

There is no release date set for the third Benoit Blanc mystery. It will have a theatrical release because Netflix put it in the contract. But if we ever get a fourth, I will not be surprised if it goes straight to stream. We should enjoy these short theatrical windows while we have them. They will not be here for long.