By Juan Carlos Ampié01/21/2023
Evgeniy Maloletka bears witness with his camera to the wages of war in 20 Days in Mariupol / Photo: AP Photo by Mstyslav Chernov. courtesy of Sundance Institute

Mstyslav Chernov’s 20 Days in Mariupol opens our coverage of the 2023 Sundance Film Festival on a sober but necessary note. We are three days shy of February 24, the anniversary of the Russian war against Ukraine. It feels longer because the conflict has been simmering for years, with Vladimir Putin inching towards occupying more territory in jumps and starts. Now, it has been an all-out war for 12 months. Chernov’s documentary has the urgency of an update from the frontlines, but it distinguishes itself by having the time to immerse the viewer in the madness of war. You may have seen some of the images in the brief snippets that made it to the evening news, but you have never felt them like this.

Russian troops descend over the port city of Mariupol, pushing foreign correspondents to evacuate. Chernov, photographer Evgeniy Maloletka and producer Vasilisa Stepanenko, all of them Ukrainians, decide to remain behind to cover the events. It is the only way the world will see what is happening. Think of it as a press pool where your life is in danger every second of the day. The events are so dramatic that the filmmakers wisely decide not to mess around a lot with narrative structure. The movie is edited as a diary, marking the days as the city crumbles under fire and the number of civilian casualties mounts.

We never abandon the point of view of the journalists, but they have the egoless abandon of the field correspondent. The only indulgence Chernov allows himself is to think about his daughters and wonder whether he will see them in a voice-over covered with a family video. The moment lasts a few seconds but drives home the stakes journalists face. They bear witness to others suffering, at risk of losing their own lives. His reverie includes a brief shot of a hand - his hand? - grasping some sand and letting the grains fall through the fingers. The image is comforting and disturbing. It hints at happier times but also human lives slipping inexorably away. 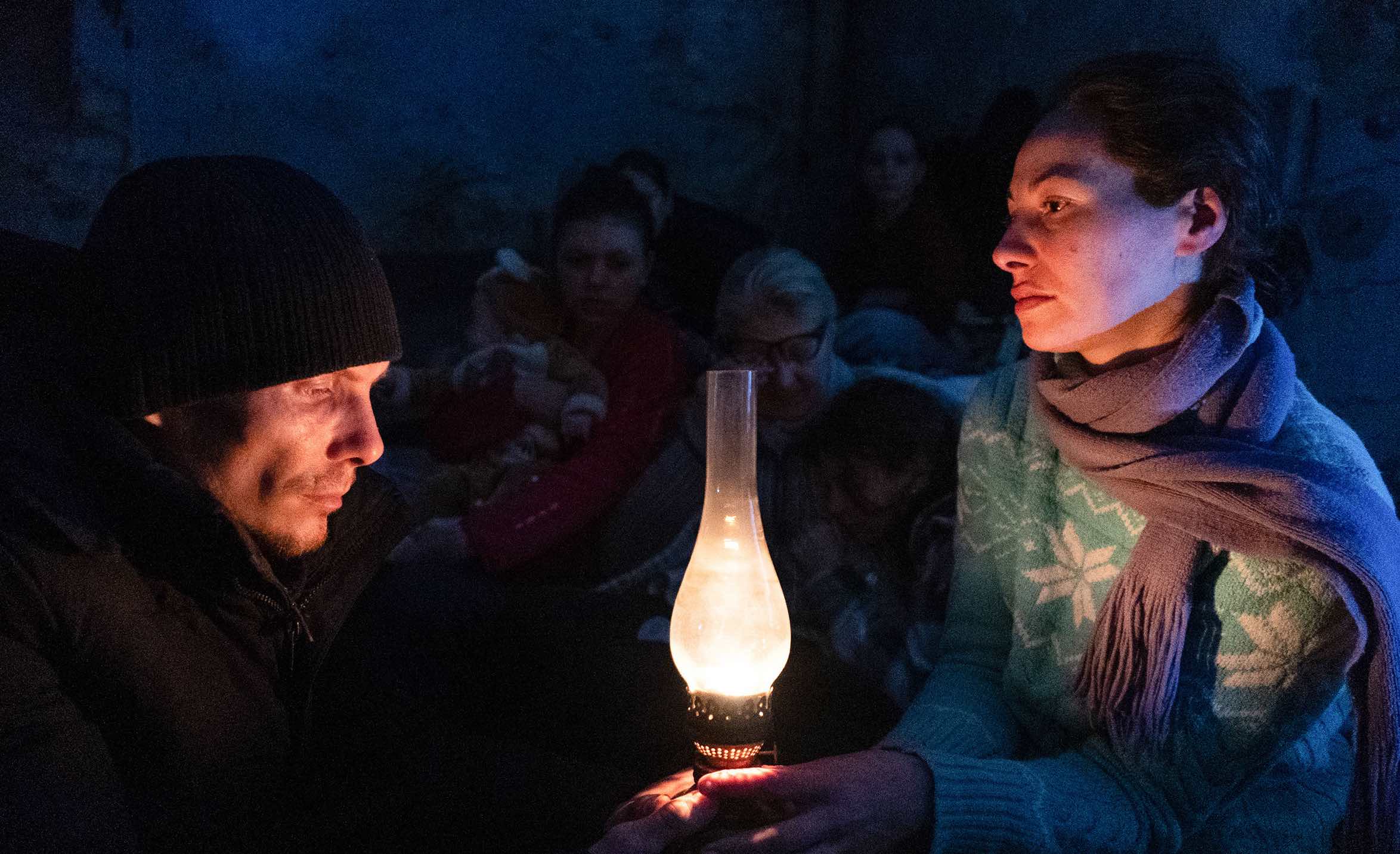 Taking shelter: civilians find safety where they can in 20 Days in Mariupol / AP Photo by Mstyslav Chernov, courtesy of Sundance Institute

The true protagonists are the Ukrainians they find along the way. The filmmakers roam the city as Russian artillery strikes civilian targets. We see home and apartment buildings tore apart, their inhabitants still in shock at the turn of events. Just a few days ago, Mariupol was a thriving city. Now, it is an apocalyptic nightmare in piercing winter daylight. We follow families as they seek shelter in basements. Even these little pockets of peace, where children can sleep while a neighbor serenades them with a guitar, are tainted by apprehension.

They also show how desperation also brings out the worst in people. You see a kid fleeing the bombing of a mall pushing a rolling chair loaded with looted electronics. More looters are ransacking a store in plain sight of the owner, who manages to shame a few into leaving empty-handed. Russians destroyed her house and burned her car, but fellow Ukrainians stole her livelihood. War is hell.

Eventually, they gravitate to the last functioning hospitals in the city. Freed from official regulations and the editorial constraints of broadcast TV and cable, you see the full horror of people losing their loved ones as collateral damage in a dictator’s power play. A father breaks down at the sight of his teenage son’s body. The kid was playing soccer with friends when a bomb struck the group. A young couple barges in carrying their bleeding baby. There is nothing to be done. You see the mother as she breaks down upon receiving the news. You can’t look away. We, like the journalists, have to bear witness to the pain. It is the only thing we can do. We have to know this is happening. It feels more real without fancy graphics and chatty talking heads synthesizing a complex story into manageable, easy-to-digest soundbites. 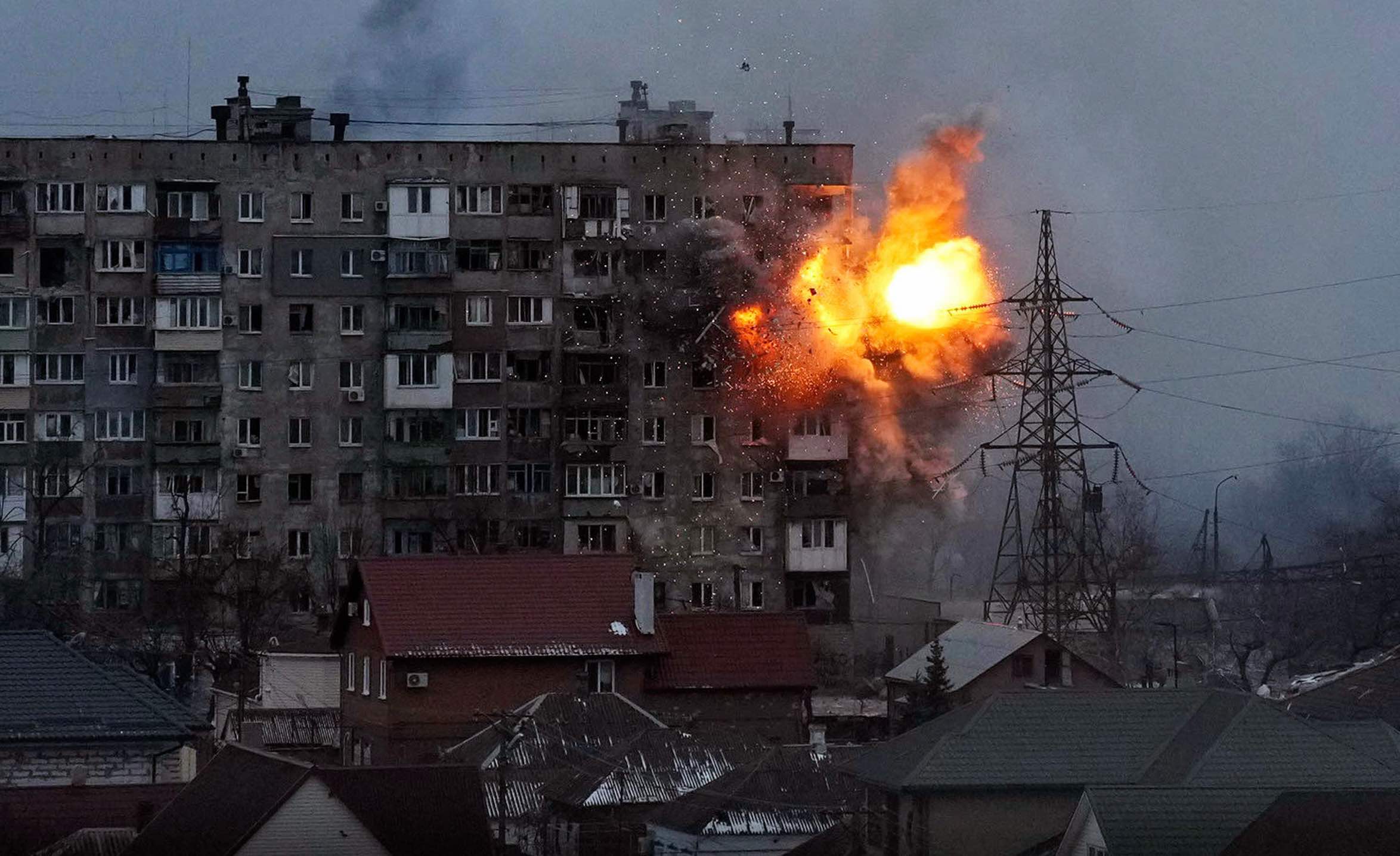 As powerless as one can feel watching this, knowledge lies at the crux of 20 Days in Mariupol. Misinformation is another weapon in the arsenal of modern warfare, and social media powers it with unsuspected potency. We see some people seeking refuge, wondering why the Ukrainian army is bombing them. The journalists clarify the Russians are doing it, but they do not believe it. A brief montage reproduces clips from Russian media denying the destruction we have seen with our own eyes. You even get a TV newscaster accusing war correspondent Maloletka of being a western propagandist.

A simple lie, repeated many times, is easier to grasp than the truth. It is heartening to see the ease with which propagandists spread their lies next to the extremes journalists face to put straight information out there. Chernov and his partners risk their lives to put out the elements of journalism coverage: raw footage and pictures, with lines of contextual reporting, whispered in phone calls that last a few minutes or text messages and emails, if at all. When they are not recording awful images of war, they are roaming the unsafe streets of an occupied city, fishing for a cellular signal that may not exist at all. 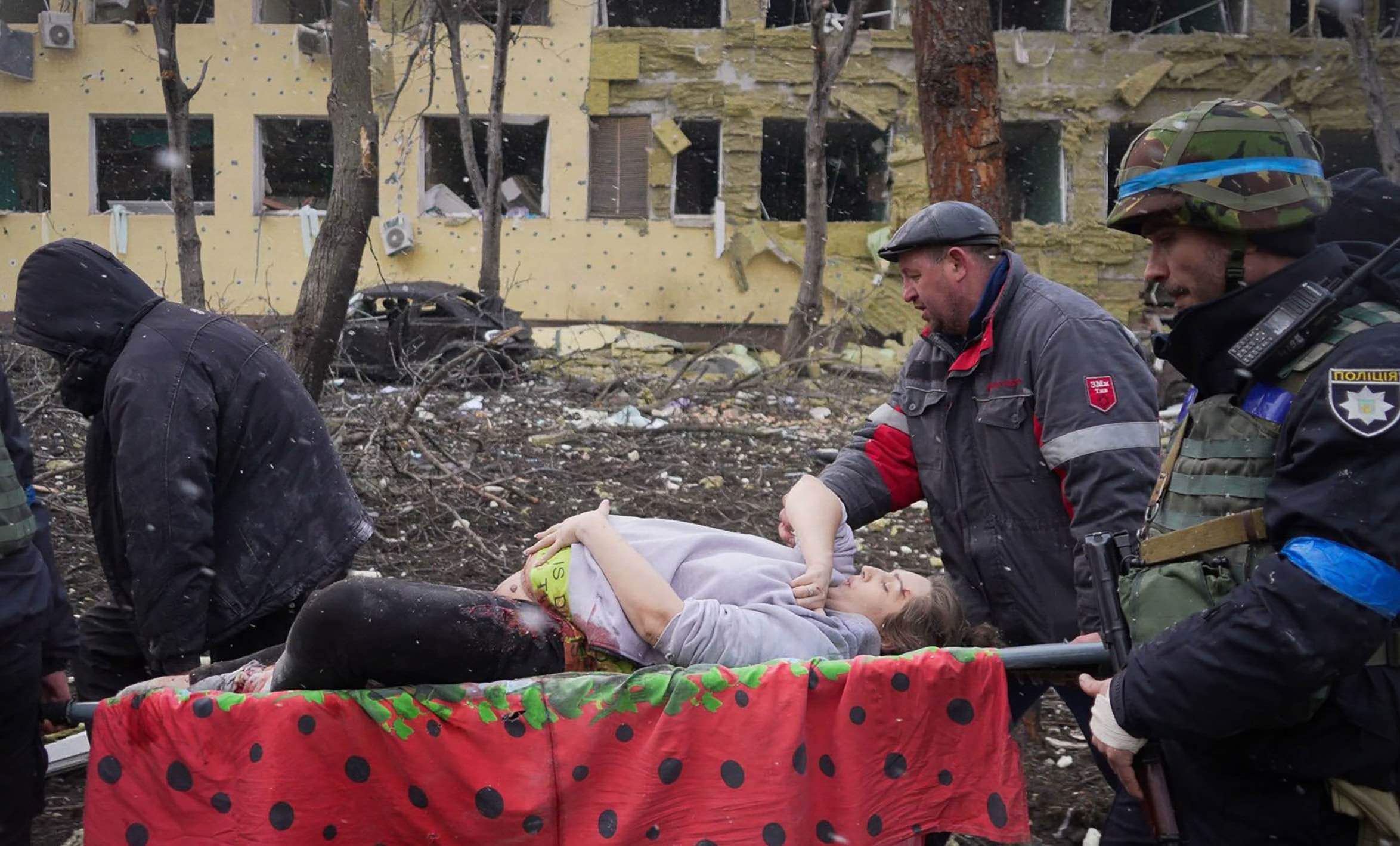 An image to drive the world home: the last moments of a woman's life in 20 Days in Mariupol / AP Photo by Evgeniy Maloletka, courtesy of Sundance Institute

The stakes mount in an episode that documents the bombing of a maternity hospital. You remember the image. It was all over the news: a wounded pregnant woman, carried in a gurney by a group of men through the still-smoking rubble of a destroyed building. You saw this because Chernov, Maloletka, and Stepanenko were there. I remember the update voiced by newscasters a few days later, telling us the woman and the baby inside her womb did not make it. Here, you see the crew looking for the woman in another hospital. They find a doctor who helps her. She tells them what happened as tears fall from her eyes. You know what happened, but it hits you harder to see it like this.

If it is so heartbreaking, why see it at all? For one thing, because safely sheltered in a peaceful country is the least we can do. To bear witness to the suffering of our fellow human beings and honor the sacrifice taken by the journalists who risked everything to tell these stories. For all the qualms one might have about the media, the heroism of boots-on-the-ground war correspondents is undeniable. The war rages on as Chernov and his partners catch up with the Red Cross convoy that will lead them to safety, but thanks to them, we know what happened in those 20 days before the fall of Mariupol.