The Box, Venezuela’s candidate for an Oscar nomination, comes with a blessing from the Venice Film Festival. Lorenzo Viga’s The Box won the Leoncino d’Oro Agiscuola Award, supported by UNICEF. The lead character is a child, but the drama surrounding him is heartbreakingly adult.

Twenty years after making Mexico his home, the Venezuelan filmmaker Vigas finally allows himself to tell a story from his adoptive country. It has been a long time coming. The original idea was part of his baggage two decades ago: “I read a story in the newspaper about Spaniards recognizing his relatives on a mass grave. I asked myself, ‘What if it is a child looking for his father? What if once he gets the remains, he sees his father walking down the street?’”. 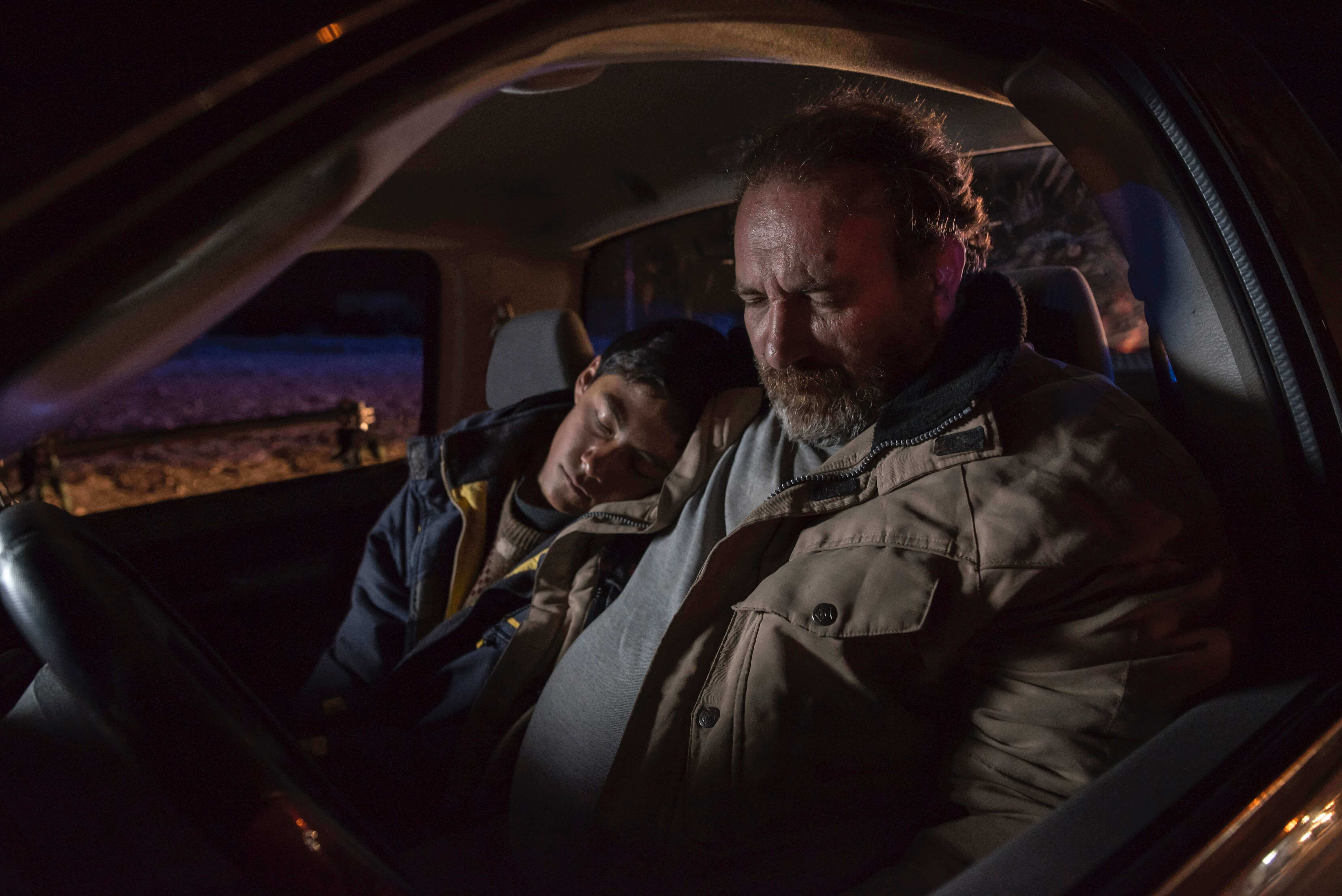 Such is the luck of Hatzín (Hatzín Navarrete), a Mexico City teenager traveling to the north of the country to reclaim the remains of his absent. Aboard a bus back home, with the box-shaped urn safely in his hands, he spies his father walking on the sidewalk. He confronts the man, Mario (Hernán Mendoza), who claims not to know what the hell the kid is talking about. Still, at his insistence, he lets him tag along while he works as a fixer for sweatshop managers.

Is Mario Hatzín’s father? Does it matter at all? The filial bond is a constant preoccupation in Vigas’ cinema. The Box is part of a trilogy exploring this particular subject. His debut short, Los Elefantes Nunca Olvidan (2004), and first feature, Desde Allá (2015), both dealt with lonely children and the father figures they find for themselves. Oddly enough, the filmmaker had a very close relationship with his father, celebrated painter Oswaldo Vigas, a master of modernism. “You do not get to pick your obsessions, they pick you.” he says sheepishly. “Maybe because my father was such a famous painter, I felt the pressure of being someone! It connected me with this ubiquitous archetype in Latin America, the absent father”.

Vigas Sr. studied medicine before taking up the brushes and the easel. Just like his father, Lorenzo took a detour to sciences. “I was studying for a Masters Degree in Molecular Biology, but I woke up one day and realized that what I wanted to do was make movies.”. For his friend, this was a foregone conclusion. “I always had cinema in me. When I was in High School, my dad gave me a VHS camera as a present. I started doing awful horror movies with my buddies. They were really bad, but something was born in me then. This fascination with moving images”.

The Box explores this idea of work as a legacy. Mario lets Hatzín shadow him as he goes about his day. Little by little, he collaborates in his labor. Recruiting people for sweatshops jobs seems innocent, but as some laborers begin to protest work conditions, things get criminal really fast. 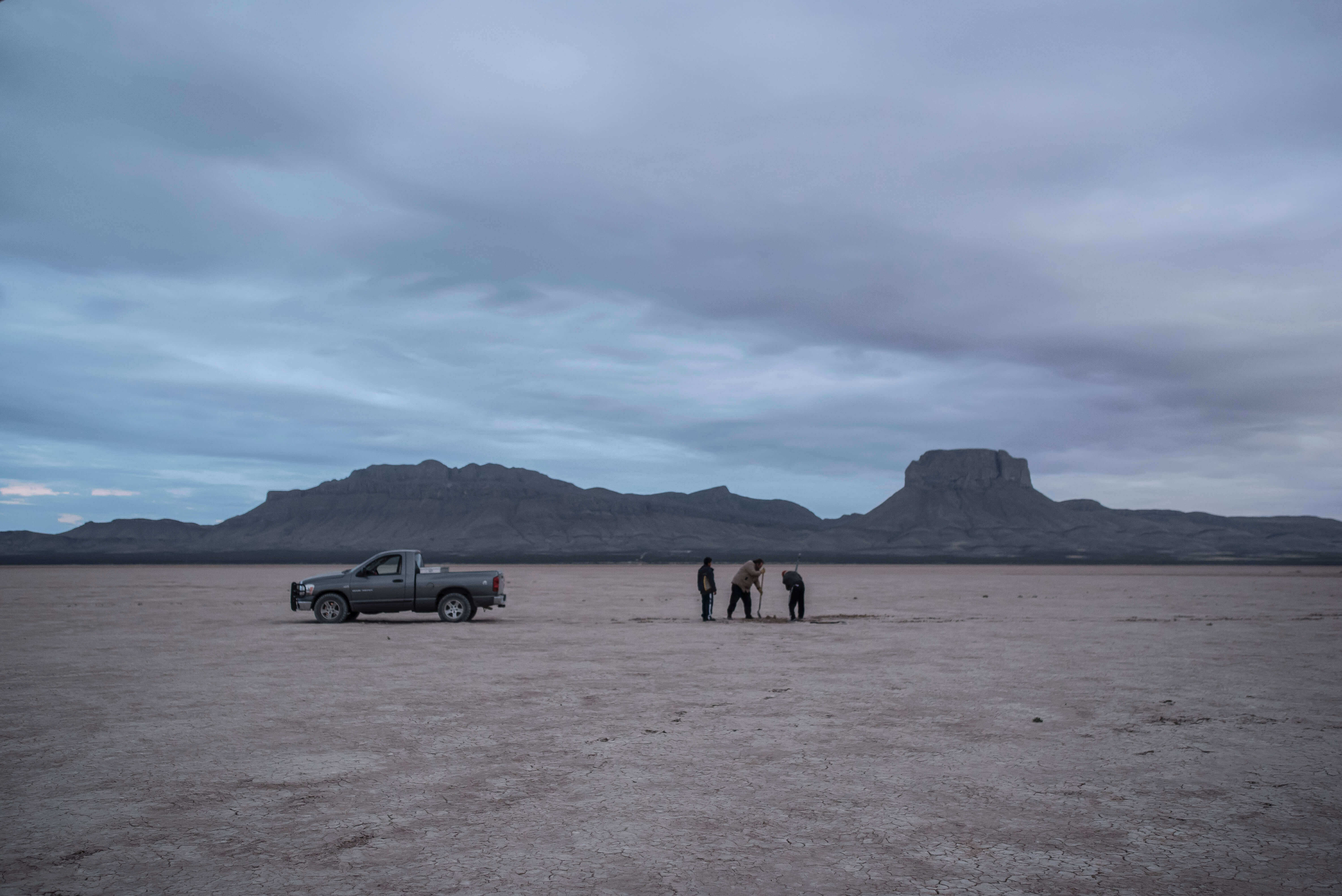 With mass graves and sweatshops so crucial to the plot, the northern state of Chihuahua revealed itself as the best setting for the movie. But the real soul of the place does not reside in the events that make the news. “Chihuahua has overwhelming scenery,” says the director, who carries a painter’s sensibility in this DNA. “When I got there to do location scouting, I realized the place would be another character in the story. You have the great expanse of the desert, dried-up lakes that look like lunar craters, and the mountains of Creel. We were lucky enough to get some snow! When you place your character in this context, when you isolate him in these places, oddly enough, you end up getting further within him.”

A demanding shooting schedule of ten weeks took the filmmakers around the state, making for a grueling production. And everything rested on the shoulders of a 13-year-old boy. Finding Hatzín Navarrete was a strike of luck that took some work. “My team visited about 200 schools and made videos for me. We organized some acting workshops for children I found interesting, but no one ever sealed the deal,” says Vigas. This process took six months! And two weeks before decamping for Chihuahua, I saw this kid from Nezahualcóyotl, a poor district north of Mexico City. He had his own history with his father. Also, he had the ability to express very complex emotions with his eyes. I met him in person, did some tests, and decided to take a chance with him.”

According to Vigas, the gamble paid off. “Hatzín surprised us all. He grew up through the process of making the movie”. His personality was so strong that it led the filmmakers to make an unexpected change. “The lead was named ‘Arturo’, and for the first two days of production, that was the character's name. Little by little, all the crew agreed that it did not make sense. We had to call him Hatzín! It was logical to name the character like the actor”. 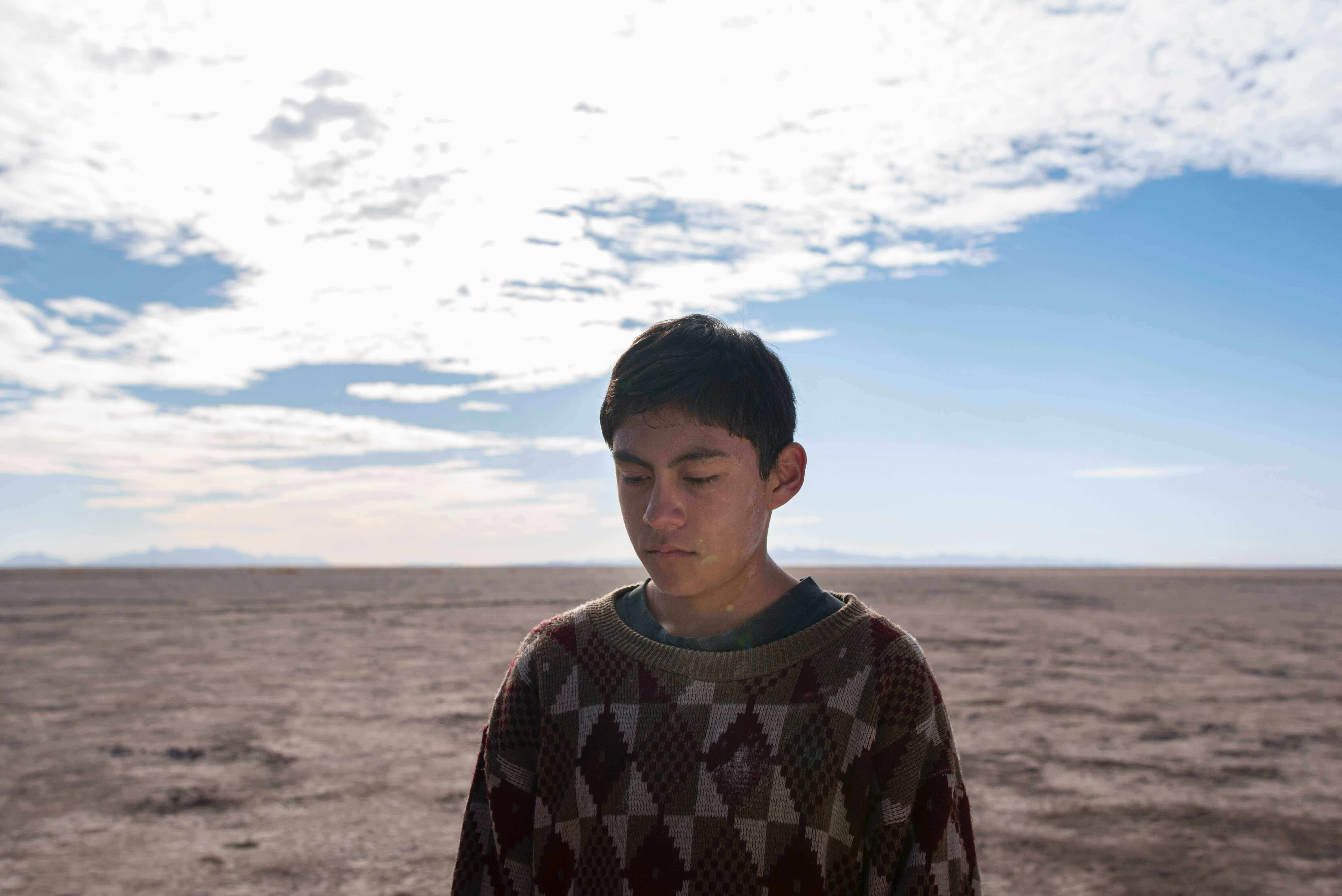 Navarrete holds himself onscreen against Hernán Mendoza, a film and stage veteran nominated three times for an Ariel - the Mexican equivalent of the Oscars. He won the Best Supporting Actor award for La Cuarta Compañía (Mitzi Vanessa Arreola, Amir Galván Cervera, 2016) -. Vigas relished the opportunity of putting a neophyte and a pro working together. “ It puts the pro in this state of uncertainty. You don’t know what to expect from your scene partner, which prevents you from relaxing. That is a good thing. It forces him to react spontaneously to whatever the kid does. That brought a degree of freshness to the movie.”

The chemistry between Mendoza and Navarrete is so strong, you buy into the idea that they are father and son, or perhaps they should be. The Box is appropriately elusive about answering the question that drives its plot. You will have to draw your own conclusions while letting the movie work it's dark magic on your emotions. As specific as it can be to its time and place, the feelings it conveys are universal. “We all have a box like this one at home. We carry it around. Some are lucky enough to open it and take some things off it to make it lighter. Others keep putting stuff in, making it heavier, ” concludes Vigas.

The director is closing the door on fathers and sons. He is now working on a script about a woman who pays a high price for unleashing her passions. For the first time in his career, he aims to shoot it in the United States. Next year, he might need to make space on his box for an Oscar.

* The Box is playing at Cinema Village in New York. Available for streaming at MUBI, on Friday, November 11.