The Smartphone is The Bolex of our Times….But Should You Use it to Make Your Movie?

Behold the mighty Bolex. The little hand-cranked camera put filmmaking in the hands of the masses. It went everywhere, from the trenches of World War II to the hands of Andy Warhol in The Factory. The compact spring-mechanism device made it easy to use. Generations of film school students have used it as their introduction to the medium. Its small size and ease of use were its virtues. Equipment production came to a halt in the early eighties. Occasionally, they are still used in professional productions, mainly advertising, but as an artistic stunt, not the norm. For all practical purposes, the Bolex is a museum piece.

Still, we have a Bolex for our times. It is accessible, small, and easy to use. Heck, you might even be holding it in your hands, using it to read this story. Smartphones are bringing down one of the biggest obstacles between wanna-be filmmakers and the actual practice of filmmaking. But just because you can use a phone to make your movie, it does not mean you should. Answer the following question to figure out if the mighty smartphone is fit for your next opus.

Does it make aesthetic sense?

In most movies, the device you use to record the images is simply a moot point for audiences

It does not mean film or high-end digital cameras are on hold for stories dedicated to the well-to-do. The Celebration (Thomas Vinterberg, 1998), arguably the high point of the Dogme 95 movement, follows the disastrous birthday party of a Danish patriarch in a freaking castle. In this case, the on-the-fly video, recorded with available lighting and diegetic sound, matched the unpredictability and volatility of the situation. When one of his sons makes a toast accusing him of sexual abuse, all hell breaks loose. The use of video is justified narratively. What we are seeing are the recordings of a home video crew hired to register the event. The presence of a camera and the actual act of recording is justified.

Is it justified narratively?

In most movies, the device you use to record the images is simply a moot point for audiences. But some stories call for the presence of a particular one. In Family Viewing (Atom Egoyan, 1987), a man obsessed with recording his sex life complicates his familial relationships. His home movies became part of the movie footage. The Blair Witch Project (Myrick & Sánchez, 1999) is put together from the 16 mm, and video shot by a trio of film students who disappeared while looking for a mythical sorceress. In REC (Jaume Balagueró & Paco Plaza, 2007), a TV news crew covers a zombie infestation in a Madrid apartment building.

Unfriended (Levan Gabriadze, 2014) showed a group of friends haunted by a vengeful spirit strictly from the point of view of their computer cameras. It is not gratuitous to use a certain camera when your plot justifies the presence of a particular kind of camera. 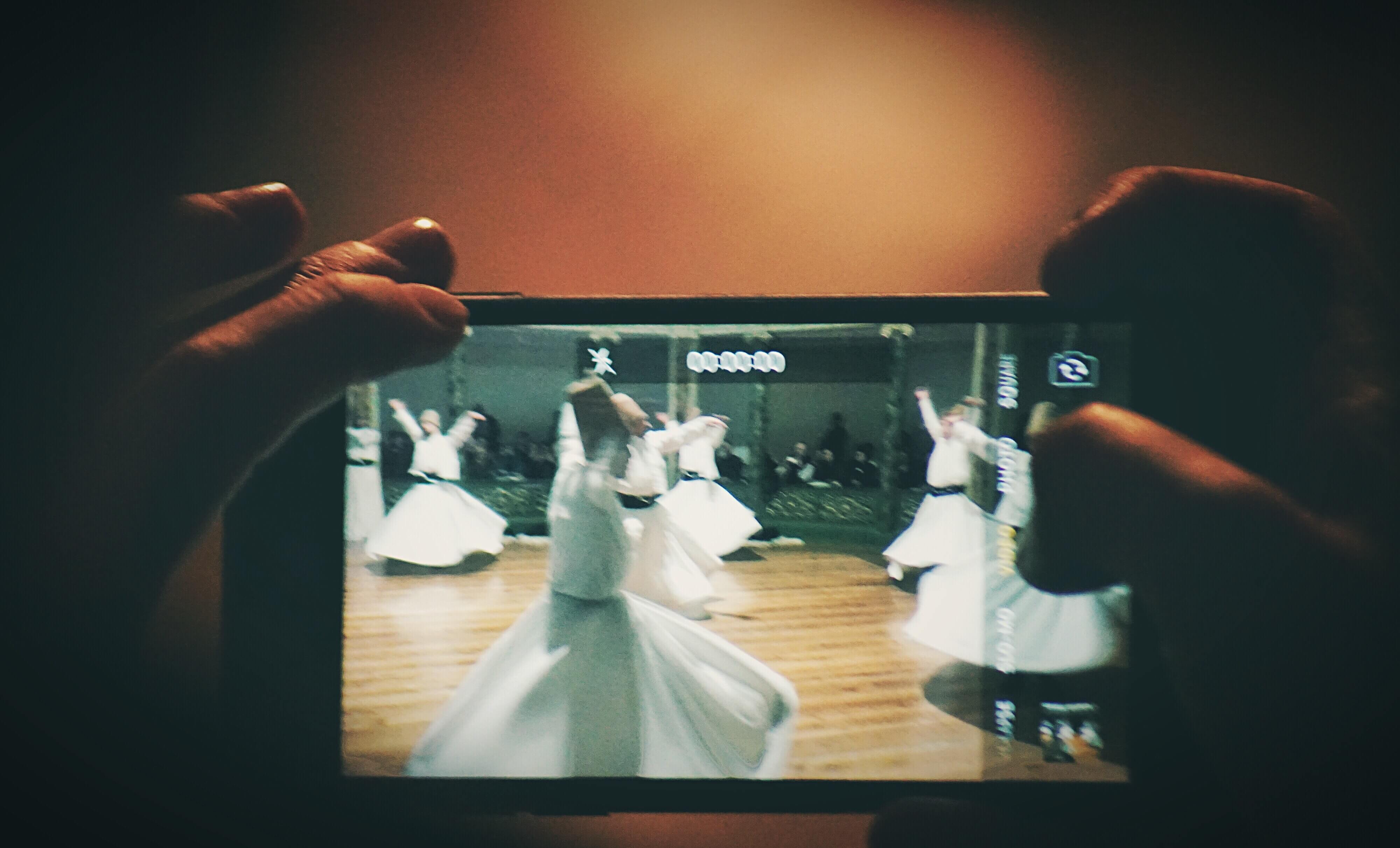 Does it make logistical sense?

High Flying Bird (Steven Soderbergh, 2019) follows an up-and-coming sports agent (Andre Holland) bidding for crackerjack new talent while navigating an impending players' strike. The movie looks at basketball as a business, peeling away the gloss and the romance of the sport. The film is about work, business, and how human beings try to hold on to power and win in such a game.

Shooting on an iPhone 7+, Soderbergh follows his characters through banal everyday settings: their own homes, offices, hotels, restaurants, high school gyms. Even a private jet looks decisively unglamorous. The emphasis on everyday life justifies the visual treatment, but practical considerations also support it. The filmmakers worked in real-life places, within the physical constraints of the real world. The number of people in the crew and the time to set up equipment were issues. Using a smartphone turned out to be the best way to get his shots in time, under the conditions allowed.

Can you get all the extras you need?

Shooting with a smartphone is not as expensive as renting a full-camera package, but neither an out-of-the-box solution. Extra gear is necessary. Companies like MoonDog Labs have carved a niche, providing gear necessary to push the humble smartphone into the filmmaking realm: anamorphic lenses, mounts, counterweights, and custom cases to improve control of the phone-as-camera.

You also want to access untapped capabilities, usually out of the realm of regular users. Applications like FilMic Pro allow your phone to behave more like a professional camera. Once you install it, you can do white-balance, control shutter speed, and adjust ISO settings. It facilitates color grading with 10-bit SDR capture capabilities and a new LogV3 gamma profile. The app will just set you back $14.99, and it is brimming with features. Better yet, it works with iOS and Android. You do not have to live in Steve Jobs' walled garden to enjoy its benefits.

You will also want to get the FilmMIC Remote app. It allows you to control the camera/phone with another device, like a tablet or a smartwatch. For $9.99, it might seem a tad too much, but trust me, you won't regret it.

Both Tangerine and High Flying Bird used FilMIC Pro. So, chances are it’s good enough for you. Find a DP who can unlock the power of the small and mighty phone, and start shooting!