The pandemic brought life as we knew it to a halt. Most industries and the individuals who toil in them struggled to find new ways of working, if they were lucky enough to keep their jobs, that is. Film and TV production stopped and developed safety protocols. Theatres shut down, and streaming at home went up. The disruption in the distribution chain was particularly challenging for Film Festivals. These events are crucial stops in the pipeline that connects films with audiences. The markets hold chances of finding funds to start or complete production. The proper festival works as a springboard for awards and distribution. What to do when, for once, this particular show stops?

Cannes was the first one to deal with the problem. Organizers scheduled the 73rd edition to start in May 2020. But as the world faced the first throes of the pandemic, with no vaccine in sight, the organizing committee decided to call off the whole thing. By September, Venice came around with extensive safety measures to prevent contagion. If you wanted to participate, you just had to be there. Coronavirus be damned!

Some festivals made compromises by pairing down their program and making some titles available via streaming. The Sundance Film Festival, holding on to its maverick reputation, set out to embrace full online access. Their web-based platform provided access for every film, not just a slimmed-down selection. Reservations and ticket management were a breeze. You could use an app to see the movies right on your screen of choice. It seemed like an impossible task, but it worked beautifully.

It was my first Sundance. As a middle-aged person with moderate technical skills for the online world, I was bracing for unforeseen problems: disappearing tickets, frozen video streams, loading errors. You name it, I was expecting it. I was pleasantly surprised by the sturdiness of the platform Sundance came up with, the ease of use, and the reliability. The one problem I encountered was common to film festivals everywhere, in-person or virtual: you wanted to see everything, but you couldn’t. Just because there are not enough hours in the day, and those articles you need to file will not write themselves.

Cities are interested in keeping the model afloat. Local businesses look forward to welcoming a steady and predictable stream of visitors.

How will the pandemic change the Film Festival game? Covid-19 is still raging, thanks to the Delta variant and whatever mutation is developing as we speak. Still, increasing rates of vaccination point to the new normality soon to come (if you want to be optimistic). Some industries are never coming back from the work-at-home model. Others are embracing a hybrid model. One would think Sundance’s successful embrace of online access would jumpstart a new era, where film fests transcend the limits of physical location. But one would be wrong. Overall, most are going back to business as usual, favoring in-person screenings over streaming. Why?

For one thing, because personal relationships are the grease that keeps the filmmaking machine going. As much as we have embraced zoom and other teleconferencing tools, virtuality cannot duplicate the level of engagement and identification that comes with interacting with another human being in close proximity. You may populate a chatroom with cool-looking avatars and personalized emojis, but it’s just not the same. Veteran festival-goers crave visiting his favorite theatres, meeting far-flung friends, and hitting their traditional watering holes. A brief glimpse at Film Twitter would confirm that. Overall, film festivals are a very social endeavor. 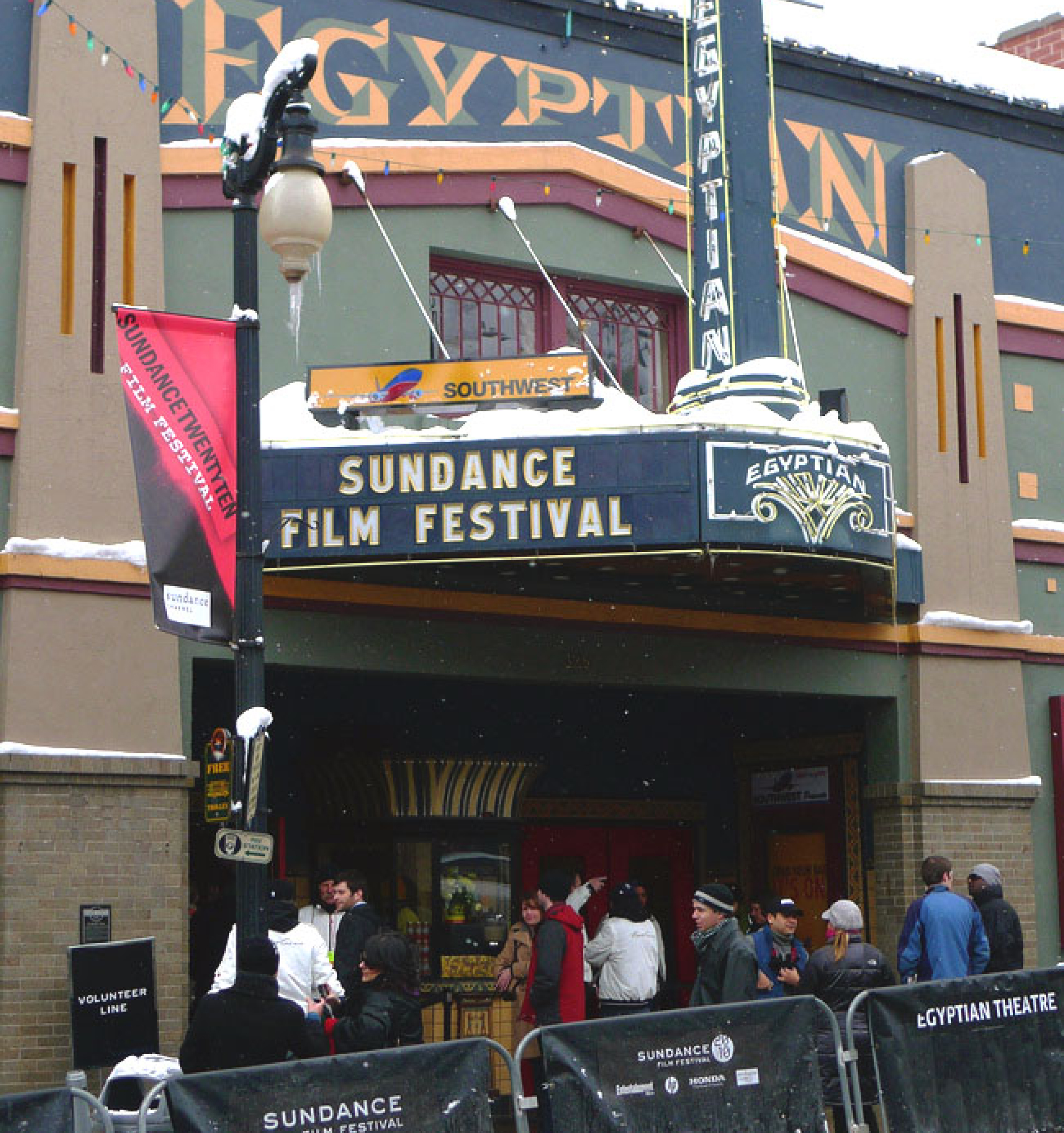 Cities are interested in keeping the model afloat. Local businesses look forward to welcoming a steady and predictable stream of visitors. These consumers are even more necessary now, as the hospitality and restaurant business tries to come back from the pandemic-borne depression. And major sponsors hope the money they shell out gets them the exposure of a full-fledged event, not just a banner in a webpage or an e-mail.

The traditional dynamic of film marketing is also at stake. A film-fest premiere is the first salvo in a long campaign. Getting admitted in the competition or programmed in the side sections puts you in the sightline of distributors. A prize can create anticipation in audiences. It can snowball into an Academy Award and international distribution. For all these reasons, Festivals are not going anywhere. Like theatres, they are sturdy, a tradition deeply entrenched in the film world.

But we lose an opportunity if we turn our backs to the possibilities of virtuality, so well-tested by the Sundance experiment. Physical access to Film Festival poses a problem for critics belonging to minority groups. Traditional media outlets mostly favor male, white critics. Also, the expense of traveling to an event can be prohibitive for publications in crisis, even more for individuals depending on the free-lancing hustle. Virtual access levels the field and allows for more diverse voices to get a say at the moment of birth of hype. If anything, it can only help to stir up enthusiasm for a film.

Film festivals are elite events. Why should you schlep to the south of France, if you can see the same movie at home? - your newspaper’s accountant would be happy to see those expenses go -. Full online access could cloud the glitz of the event, tarnish it in a way.

The cost of travel, and the gate-keeping embedded in the accreditation process, act as barriers that keep a majority at bay. Media outlets covering the industry mirror its asymmetries. Most critics are white males. Blacks, Latinos, Asian-Americans, Native Americans, and people of color struggle to gain access and get some work published. If being a free-lance is tough, imagine trying to come up with the money to cover your travel expenses - Sundance does have an inclusion initiative that provides grants for in-person attendance and virtual coverage.

There is no use in denying the idea that the first exposure of critics to the film should happen under the best possible technical conditions. The quality of sound and image at Cannes or Berlinale is evident to anyone lucky enough to attend those events. It’s all downhill after those blessed premieres and press screenings, as the movies that hit the jackpot of commercial distribution move on to multiplexes with 3D lenses still stuck in the projectors and TV sets with smooth-motion filters permanently on. And yet, critics have been previewing films at home for quite some time now. Not every distributor has the resources to book a screening room, especially outside of the bigger cities. We may complain about cumbersome interfaces, but viewing links get the job done.

As a critic struggling for access, I side with the brave new world of hybrid Film Festivals. In the overstuffed realm of social media, movies as a cultural product need all the attention they can get to make a dent in people’s consciousness. Audiences need to know the film exists, to commit a few hours of their attention to watch the thing. More critics calling attention to it can only help, not hinder its economic prospects.