Mija: Isabel Castro and the Rites of Passage of Two Latina-american Girls

Mija is a Spanish-language portmanteau combining the possessive my and the noun daughter. It works as a term of endearment. As the title of this striking documentary directed by Isabel Castro, it sets the stage for the intertwined story of two young Latina women struggling to find their way into the world as they balance the needs and expectations of their families. We spoke with Castro a few days before the movie premieres on Disney+. It is a very different film from the one she initially envisioned.

“I had been working in the immigration storytelling space for quite a while and I was looking for a way to do stories about immigration themes, but in a way that wasn’t so literal. I read an article about Cuco and fell in love with his music. The article talked about how he was very supportive of his family. To me, it encapsulated what I was trying to do. It was a story about what it means to be a first-generation immigrant, a child of immigrants, and the questions that this condition holds."

Cuco is the stage name of Orlando Banos, a Chicano singer-songwriter who rose to fame through social media. Thousands of fans crowded his concerts. Castro is herself a daughter of immigrants, and the event was like a revelation. “Being in that crowd, at that concert, listening to these thousands of kids singing in Spanish…it shook me to my core. It represented something that I did not have when I was growing up”.

“Being in that crowd, at that concert, listening to these thousands of kids singing in Spanish…it shook me to my core. It represented something that I did not have when I was growing up”.

Doris Muñoz was Cuco’s manager. Her personal story resonated with Castro. As an American citizen, she is the only member of the family who can visit her older brother, who lives in Tijuana after being deported. “The thing I connect to the most, personally, is the kind of pressure attached to honoring the sacrifices made by your parents. Doris told me her family was on the verge of hearing back about her parents’ green card application. And I knew that would be such a pivotal scene.”

When Doris and Cuco decided to part ways, Castro knew whose story she wanted to tell. “I was very curious about what a manager does. I felt it would allow me to meet different kinds of musicians, just through her work as a music manager.” And then, the pandemic crashed the party. “We thought we were going to go to these huge concerts. I always envisioned a movie like ‘Almost Famous’, but make it Chicano. That is how I would pitch the project. And all of a sudden, we were faced with this complete inability to do that.”

But like Doris, the filmmakers found ways to keep going against all odds. “Logistically, it posed a lot of challenges. The crew size had to be tiny. We were very careful and concerned with COVID safety.” The movie becomes a time capsule, showing people struggling to keep their lives together under extraordinary circumstances. “I did not know where it was going to end up, or what it was going to…or how we would continue to film. We did know that the central part of the story was still relevant, and if anything, it had reached new levels.”

With live performances shut down and no artist to represent, Doris contemplates switching careers until she finds a new artist through Instagram. Jacks Haupt is a striking chanteuse bridging the gap between Amy Winehouse and Latin Trap. Her parents fret on the sidelines, unconvinced that this is a viable career. 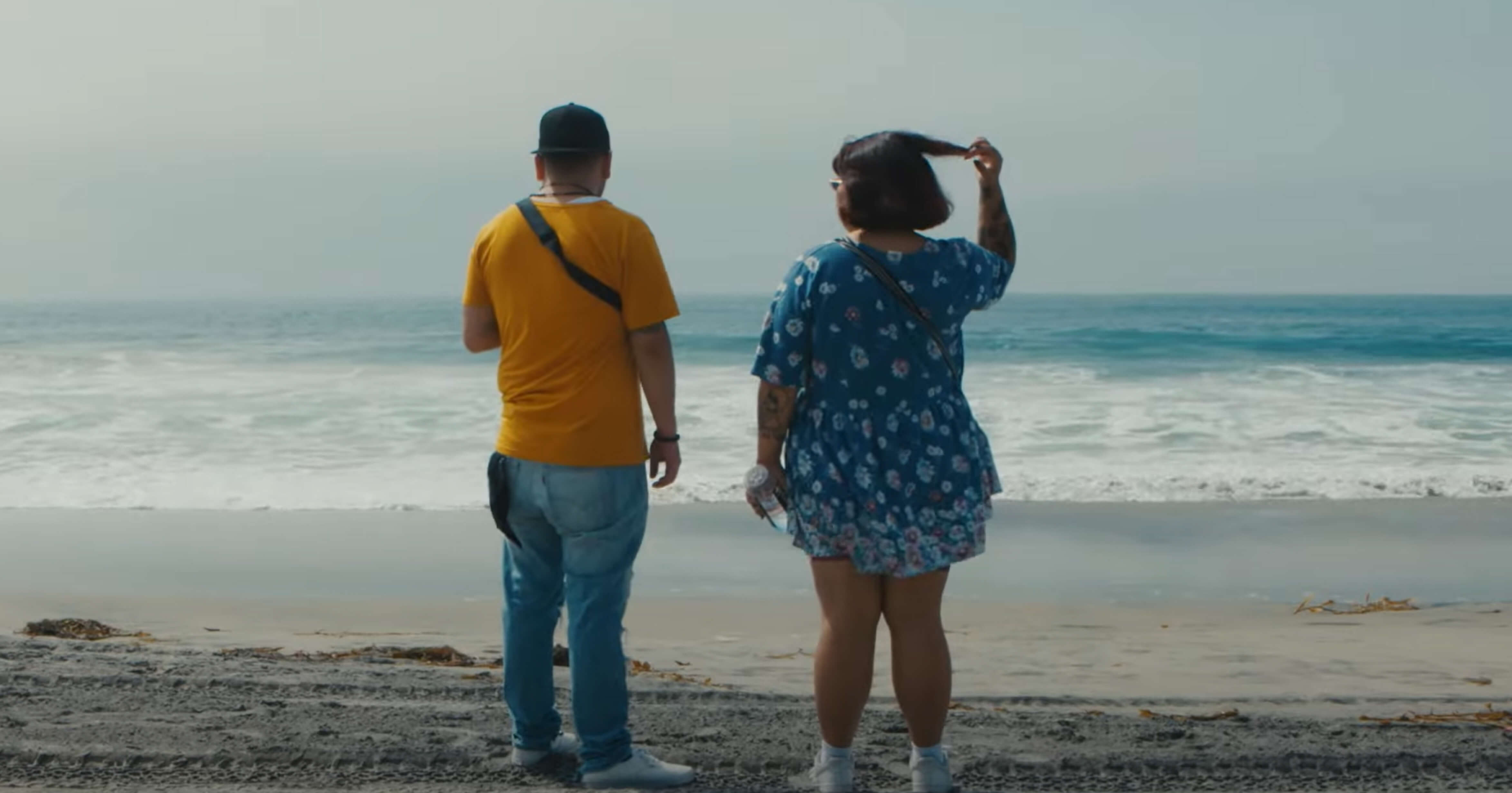 “Creative professions are unstable”, says Castro. “Oftentimes, they are not financially lucrative. They are kind of volatile and competitive. Immigrant parents sacrifice so much to provide opportunity. They just want to make sure you succeed.” As shocking as the familial strife can be, Castro’s compassionate worldview sets the tone for the movie. “It comes from a place of love. It sometimes feels like a lack of support, but in some ways, it is supporting! It's just that it manifests differently.”

As intimate as it is stylized, Mija plays around with the conventions of the documentary form. At times, Muñoz resorts to voiceovers recorded by Doris to reflect on the things that affect her. By design, the subject becomes a performer of sorts. “We aspire at objectivity, but I wanted this to feel very explicitly subjective. And there are tools used in the film to make it feel that way, voiceovers are one of them. I wanted the viewers to feel like they were in Doris’ headspace. I did not want it to feel like it was excerpts from interviews. I wanted a documentary image, and the voiceover to feel very literary and externally imposed.”

Doris and Jacks belong to a generation that self-documents their day-to-day life with abandon. Video and cell phone cameras are second-nature to them. Castro saw in it a valuable source of images. “From the beginning, I said I wanted to make this film very multimedia. I wanted this to feel like a scrapbook. I do not care if it is very kind of visually disparate. I just want to tell the best story possible.”

At one point, she went as far as providing the subjects with video camcorders. “I actually decided not to use that footage because I wanted to set boundaries. I was overwhelmed by the sheer volume of footage: the camcorders, the footage, the archival video. The most useful was her family's home videos. Those were so incredible. We utilized them to hit home this idea of an intergenerational experience, and we dragged visual parallels and dramatic parallels.”

The juxtaposition of footage of one-year-old Doris celebrating her first birthday and the adult doing the same is very moving. The baby is the first member of the family born in the US. The young woman is the professional striver footing the bill of her parents' green card application.

“The most powerful scene in the film is something that Doris shot on her phone. I knew it would be nearly impossible to film the moment when the parents found out about their immigration on the spot. I tried my darn hardest! I would not leave LA. I was constantly on standby, and we had changing expectations of when the news would happen. One day, I’m driving, and my phone chimes. I pull over and I get this wonderful, perfect video in landscape mode!”.

You must see the movie to find out what happens in the video.

* Mija is coming soon to Disney+