Friendship goes to seed in Amigo, a horror chamber piece by director Óscar Martín. Javier Botet and David Pareja play a couple of lifelong friends. When we catch up with them, David rolls Javi's wheelchair into his gloomy country house. His emaciated body might fool you into thinking some degenerative disease is taking a toll on him. Bits and pieces of information gradually reveal and soon draw the contours of a man-made tragedy: a car accident left Javi with severely compromised mobility and killed his wife. Somehow, it was all David’s fault. Guilt poisons the saintliness of his devotion. How long can they last together before they are at each other's throats? Can friendship, and themselves, survive? 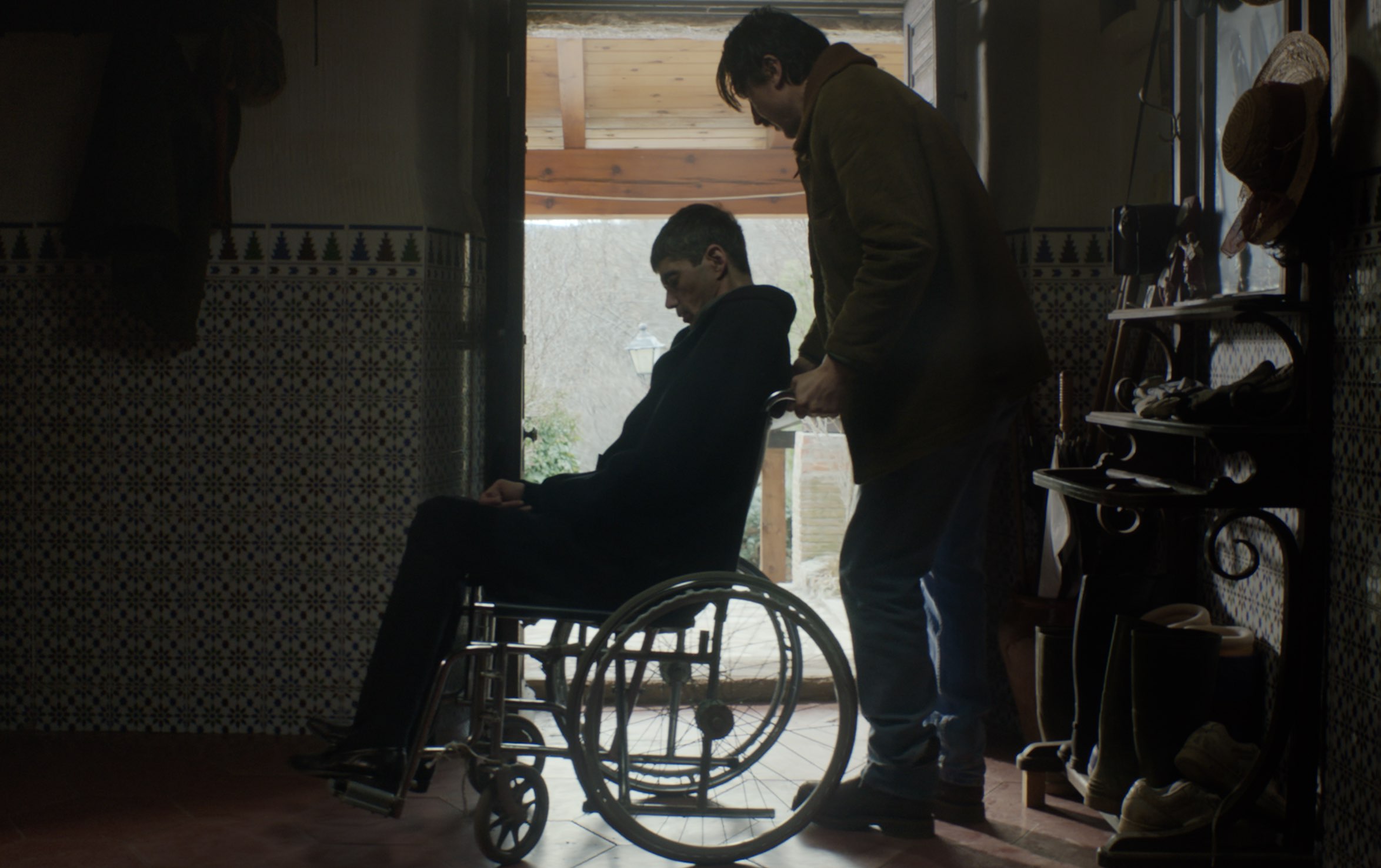 Together we are heave: Pareja wheels in Botet in Amigo / Photo: XYZ

Naming the characters with the actors’ names is one of many winks in this claustrophobic thriller. Botet and Pareja are frequent collaborators in many media ventures, including a series of comedic short films featured at the famed online festival Notodofilmfest. The movie goes into meta territory by making them play friends at odds, at least for people familiar with their previous work. Luckily, Amigo is good enough as a self-contained work to engage new audiences.

From Sleuth (Joseph L. Mankiewicz, 1972) to Misery (Rob Reiner, 1990), you can reap a lot of tension by locking two persons together. Amigo is an honorable entry in the sub-genre of confinement cinema. The house is in an undisclosed Spanish province, prone to further isolation when winter storms hit. With Stairs and narrow door frames, the place does not provide Javi any measure of autonomy, increasing dependency and pressure on David. The grind of caring for a person with severe mobility issues with punishing accuracy. 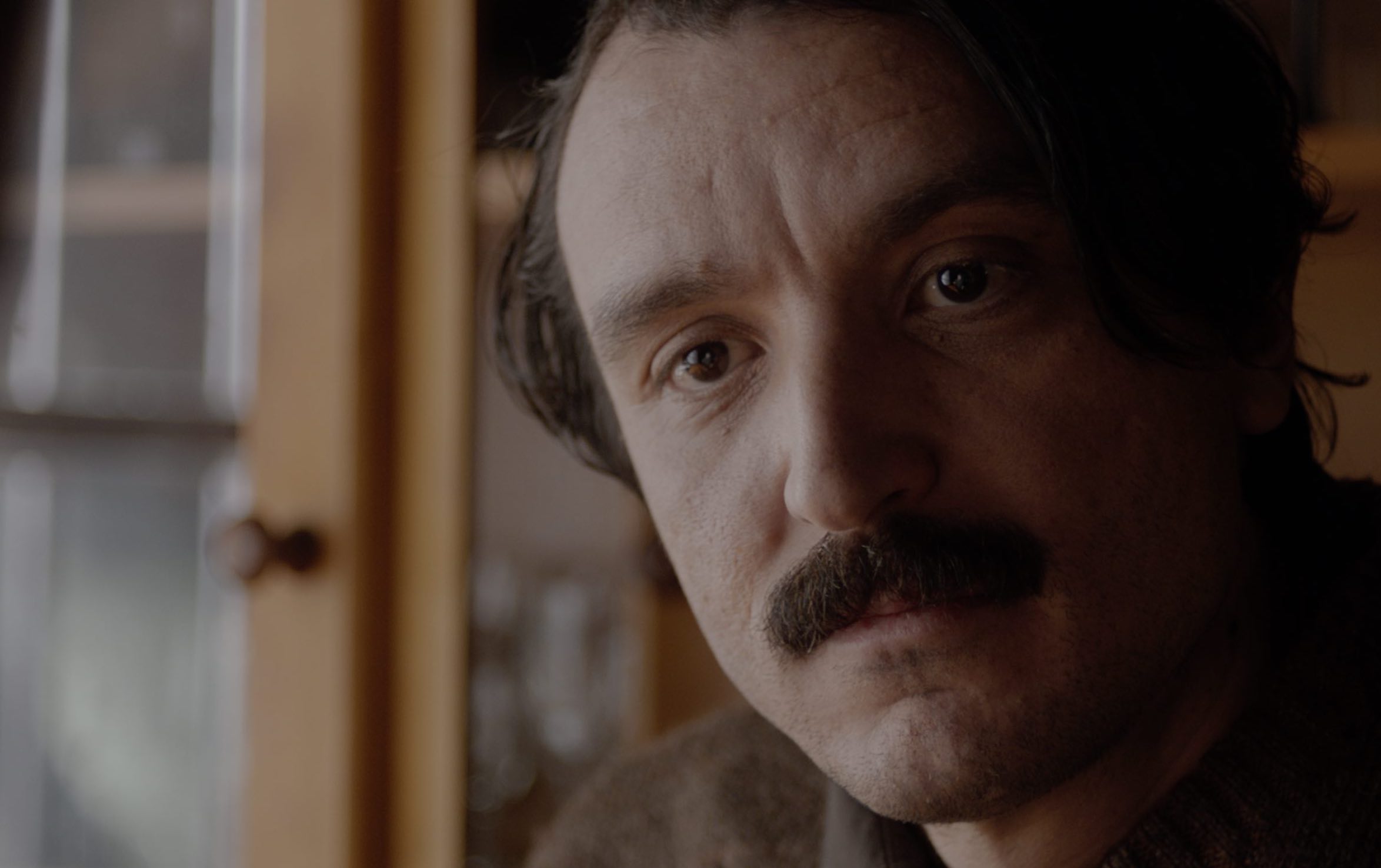 Blame it on my friendliness: Pareja looks on Amigo / Photo: XYZ

Frequent close-ups of crucifixes invoke catholic guilt. When David needs some me time, he takes refuge in a shed where he paints religious figurines. Pareja looks like an everyman next to the extremely thin Botet. His striking physiognomy has allowed him to work extensively in horror. He was The Witch in His House (Rami Weeks, 2020), a hobo in the recent blockbuster two-hander It (Andy Muschietti, 2017-2019), a xenomorph monster in Alien: Covenant (Ridley Scott, 2017), and a recurrent fiend in the cornerstone of the new Spanish horror wave, the [REC] franchise. His work on Amigo shows acting chops beyond a talent for scary pantomime.

The screenplay, written by director Oscar Martín and the two lead actors, smartly keeps you off your feet. The balance of power is unsteady. Javi’s mobility may be compromised, but you can feel the lethal strength of his resentment. David projects Franciscan piousness, but his air of saintliness is deceiving. There is hubris in his decision to care alone for a practically immobile person. He needs to cook, bathe, and help Javi to go to the bathroom. At first, he was very enthusiastic about it. He even produces a little bell for Javi to shake when he wants to call for him when he is out of sight. As he happily shakes the twinkling trinket, we know soon his patience runs off. He is setting himself up for a spectacular failure. 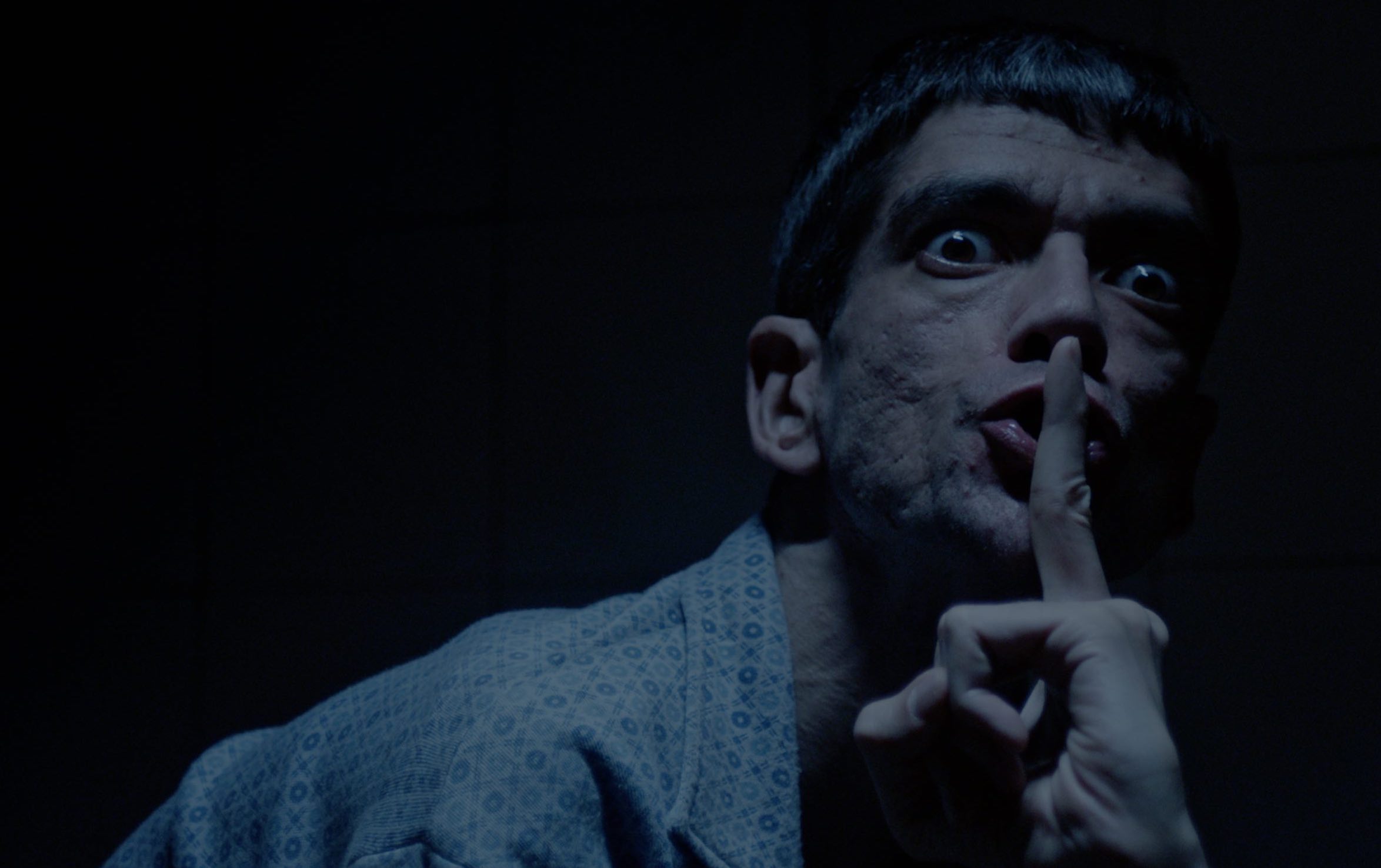 Things that make you go shush: Botet branches out in Amigo / Photo: XYZ

After establishing their dynamic, a couple of wild cards intrude. Eva (Patricia Estremera) is a chirpy physiotherapist who makes house calls. She frequently visits to tend to Javi. Soon enough, she falls into an affair with David. To appease the jealousy of his friend, David brings along Diana (Luichi Macías). She is a sex worker hired to provide intimacy for the bedridden man. The introduction of the female characters diffuses any homoerotic tension. You wonder if they are distractions or catalysts for conflict, saviors, or potential collateral victims. In the most suspenseful set piece, one knocks on the door at the wrong time and stays chatting until tension reaches an unbearable level.

The intimacy of the arrangement finds expression in the casual attitude towards nakedness. American prudishness may distract you when David walks around with an open robe; or when he bathes and cleans Javi after a scatological accident on the bed - although it might have been an act of aggression. There is no air of trumped-up scandal or innuendo in these moments. The attitude goes a long way towards giving the proceedings a naturalistic vibe, making the coming over-the-top moments easier to accept as plausible.

The technology of the day brings a layer of symbolic commentary. Attempting to put some literal distance between them, David hacks a home video camera to craft a closed-circuit setup to monitor Javi’s room in real time. Staring at his electronic reflection allows him to detach emotionally, maybe even diminish his humanity. Commitment to housekeeping chores peters out, mirroring his decaying mental state. Meanwhile, Javi stews on his ha\te alone in his room while the TV blasts in the background.

These callbacks help to position us in time. We are in our late 80's. The absence of cell phones and the contemporary attitude towards mobility-challenged persons shape the contours of the plot. You get some ironic contrast with the schmaltzy Christmas lottery TV ads and the sound of a New Year's Eve broadcast as the movie runs towards its savagely logical denouement.

Marín deploys jump scares, hallucinations, and dreamlike images with a steady hand. All the cliches of the genre are present, but Amigo feels fresh and new, true to itself, thanks to the particular sense of time and place and the chemistry between Botet and Pareja. The movie leaves you wanting to see more of them and somewhat shortchanged by entering late in the relationship. A flashback or two might have been a good addition, but this is a minor complaint. As it stands, Amigo is a sneaky valentine to a friendship gone very, very wrong.