Steven Spielberg Goes Back Home With the Fabelmans

The promotional campaign for The Fabelmans, Steven Spielberg’s latest movie, should be a case study about how misleading advertising can be. The trailers hinted at a syrupy celebration of movie magic and family. Imagine Cinema Paradiso, with a Manic Pixie Mom instead of a grouchy projectionist teaching a young boy to love cinema. After his towering take on West Side Story failed to become the massive hit it should have been, it seemed like the Old Master was pandering to the masses. My misgivings could not have been more wrong. The movie is a complex, beautiful exploration of art, family, and how helpless we are at the mercy of our feelings and affinities.

Spielberg worked with longtime collaborator Tony Kushner, writing an unsparing autobiographical script that dances across the minefield of ego. The Fabelmans are stand-ins for his parents: Burt (Paul Dano) is a successful engineer. Mitzi (Michelle Williams) is a talented pianist who forgoes a professional career to become a housewife. They take young Sammy (Mateo Zoryon Francis-DeFord) to see his first movie, a theatrical showing of The Greatest Show on Earth (Cecil B. De Mille, 1952). Sammy is mesmerized by what he sees on the screen, and soon, he asks for a model train as a gift. He wants to recreate a train crash scene. Mitzi suggests they film it with their home 8 mm camera so that he can see it many times without destroying his expensive toys. A lifelong obsession is born.

I am not sure whether the choice of this DeMille film is biographically correct or if it is a creative decision by the director. The movie was the top-grossing movie of the year and won the Oscar for Best Picture over critical favorites like Stanley Kramer’s High Noon and John Ford’s The Quiet Man. Nowadays, it is considered one of those history-making embarrassments perpetrated by the Academy, a stodgy late work from an old master in the twilight of the classic film studios. Alas, the pull the movies exert on our imagination transcends critical considerations, especially when we are very young. Recognizing the power of a maligned movie speaks of Spielberg’s populist, generous love for the medium. 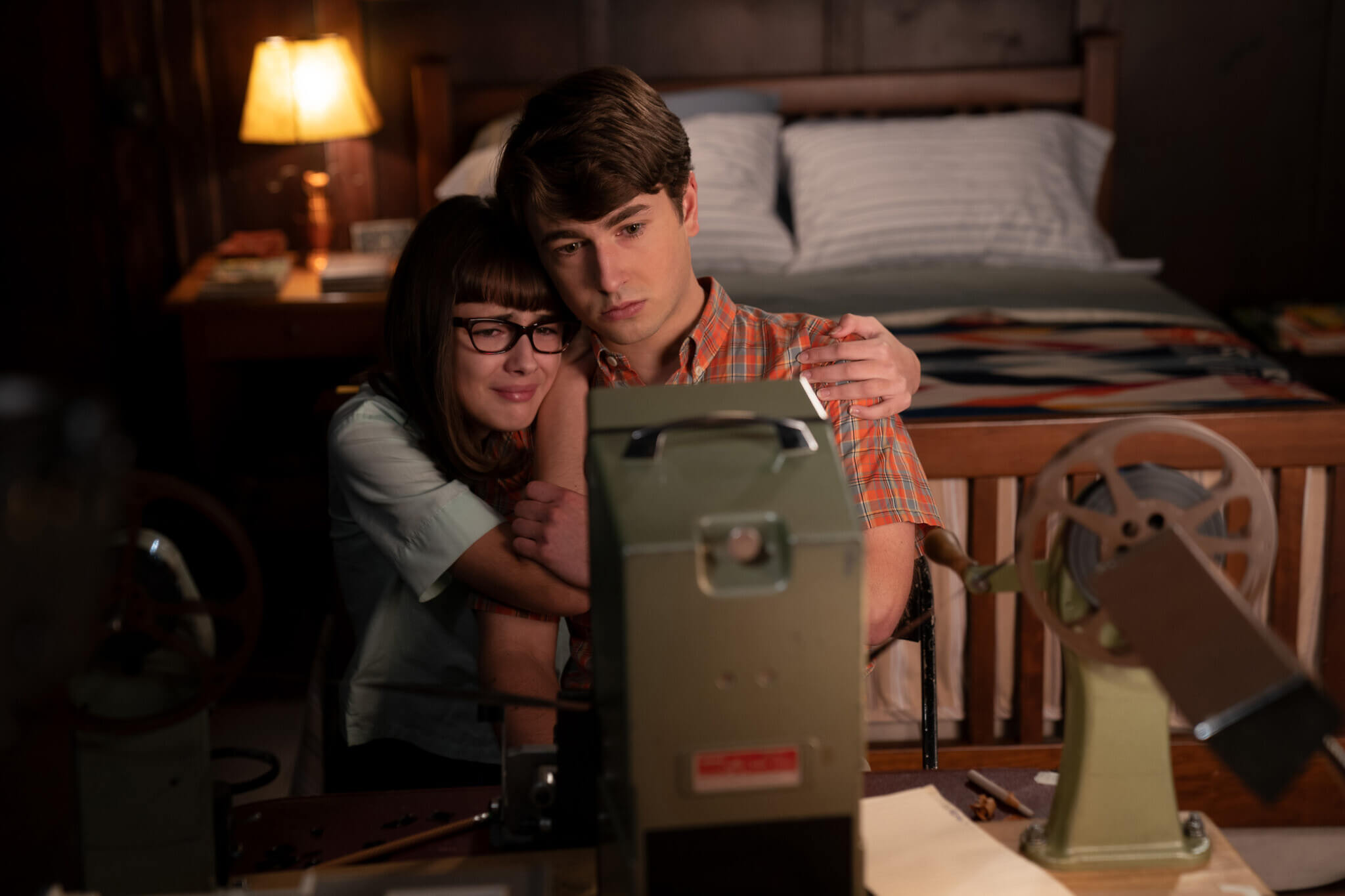 Teenage Sammy (Gabriel LaBelle) hones his craft, turning his boy scouts company into a makeshift acting company. We see them producing a cowboy opus and a bloody war movie - winking to Saving Private Ryan (1998). Through these setpieces, Spielberg dramatizes the joy of the creative process. It is filmmaking as a human endeavor. There is no vanity in his acknowledgment of preternatural talent because he frames it as a collective work. Sammy's gift puts his parents at odds. Burt indulges his hobby, but expects him to study something practical. Mitzi sees the birth of a vocation in real time and encourages the boy, with her frustrated artistic ambition floating as a cautionary tale.

The unexpected visit of Uncle Boris (Judd Hirsch) underlines this peril. The man ran away with the circus and became a lion tamer. He plays the role of oracle for Sammy, foreseeing how family expectations and art will engage in a tug-of-war over his destiny. Their scenes together are somewhat didactic, but perhaps a young boy needs this kind of thing spelled out. Hirsch is irresistible, and keeps the moment from cloyingness. 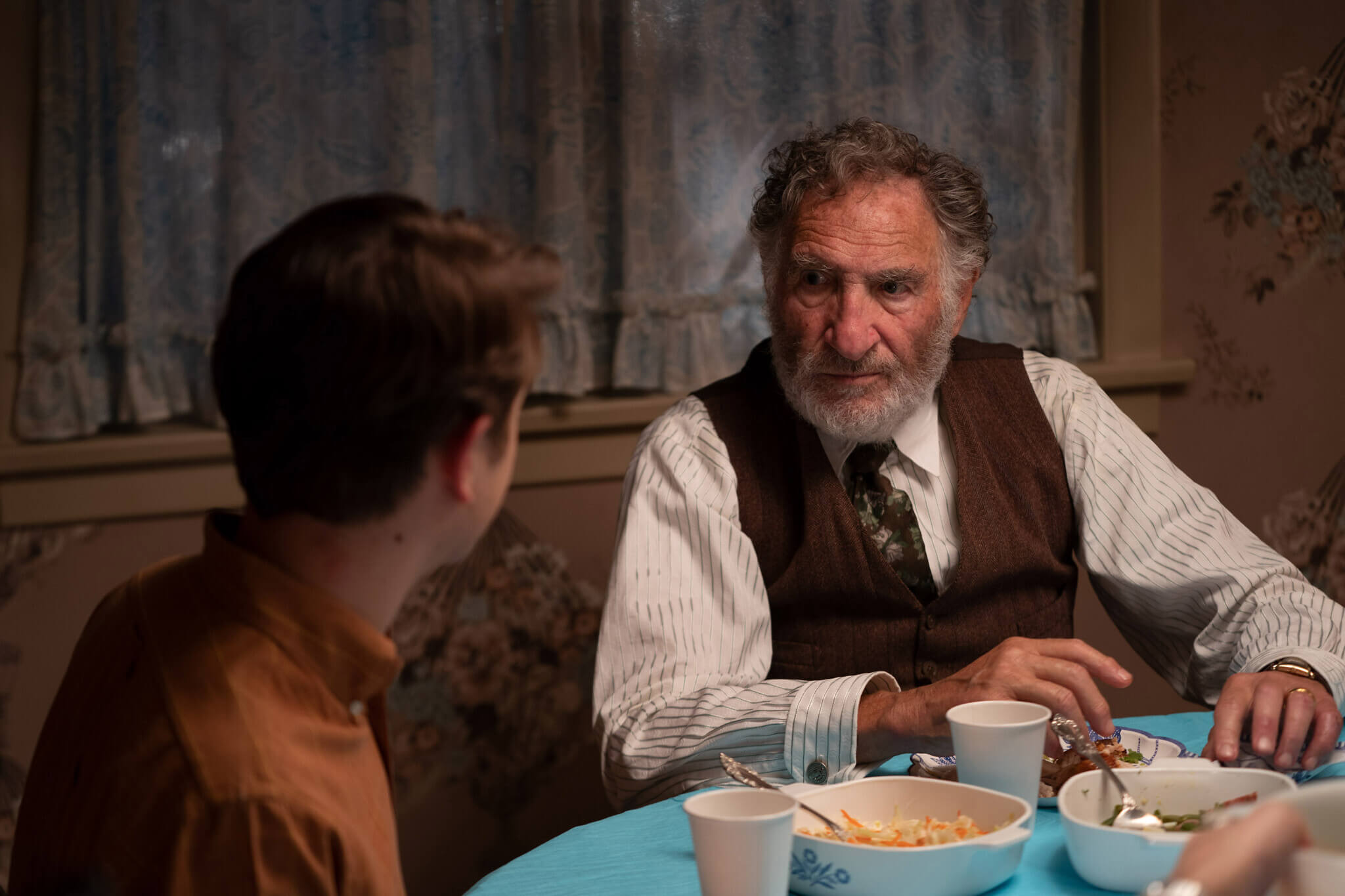 Hirsch is the uncle who escaped with the circus in The Fabelmans / Photo: Merie Weismeller Wallace, Universal Pictures, Amblin Entertainment

Just as The Fabelmans seems to settle down on being a fawning ode to Spielberg’s genius, he blindsides you by delivering an unsparing look at the unraveling of a marriage. The fact that you know iwe are seeing his parents elevates the emotional stakes. Burt gets a cushy new job in California, which means leaving behind Arizona and Bennie (Seth Rogen), the kind of friend the kids naturally call uncle. Why this is unbearable to Mitzi becomes evident to young Sammy when he reviews the footage of a camping trip. The body language reveals they are attracted to other. The accidentally voyeuristic footage shows things we want to conceal or maybe are unknown to us.

Spielberg has a wonderful feel for the rhythm of domestic intimacy, which gives warmth to the first half of the movie. Once the family moves to California, the dynamic becomes scalding and explosive. But even in the harshest scenes, you can sense true love for the parents. The kind of love that comes not from idealization but from knowledge and acceptance. I do not remember any other movie that documents in such a compelling way the process of accepting the fallibility, the humanity of a father and mother. Williams and Dano are marvelous in contrasting characters.

Spielberg is even more ruthless with his alter ego. Trying to fit in his new California school, Sammy suffers harassment for being Jewish. He eventually creates a safe space for himself. He gets a girlfriend, Monica (Chloe East), a pious Catholic girl. Much comedy gold comes out of her horny attempts at converting him. She also allows him to bring filmmaking back into his life, pushing him to make a movie about the traditional Seniors' beach trip. The final product premiers at the prom and grants him an act of powerful revenge over his tormentors. By filming Logan (Sam Rechner) as a golden, heroic figure, he tears apart how artificial his sense of self is. He can never live up to his image.

The beauty, and the dark power of film, are threaded into a touching family drama. The Fabelmans show us how we are powerless in front of our desires and talents. There are things you must do, even if they tear you apart. A tone-perfect epilogue leaves Sammy closer to his dream, with a legendary filmmaker playing another legendary filmmaker. The self-referential game of mirror makes way for a doozy of a final shot. Hitchcock used to do cameos as a background extra in his movies. Spielberg one-ups him by doing a cameo via camera movement. It is a funny, beautiful gesture to close on a high note one of the best films of 2022. I hope Spielberg keeps making work of this caliber for many more years.