Not one, but two horror movies titled The Harbinger courted horror fans in 2022. The first one, directed by Will Klipstine (The Evolution of Andrew Andrews, 2018), remains unseen by me. The second one, written and directed by Andy Milton (The Witch in the Window, 2018), just released by XYZ Films, is an unexpectedly mournful time capsule of pandemic trauma. It feeds on recognizable fears that give the film’s scares extra punch.

In the throes of lockdown, Mavis (Emily Davis) feels like she is losing her mind. In her nightmares, a dark figure dressed in a cloak and the bird-like mask of a plague doctor. The dreams are so vivid that she harms herself in failed efforts to wake up. Or maybe they are not nightmares at all. Desperate, she calls on Monique (Gabby Beans), her best friend from college. Once, Mavis saved her from a mental health crisis. It is time to return the favor. It is a big ask in the context of the pandemic, but Monique does not hesitate. She leaves her brother (Raymond Anthony Thomas) and elderly father (Myles Walker) behind in their home bubble and rushes to her friend’s dingy Queens apartment.

An effective prologue sets the stage. Mavis is having a somnambulist meltdown, locked in her apartment. The alarmed building administrator (Jay Dunn) knocks on her door while a neighbor (Stephanie Roth Haberle), a mask-less scold, rages in the hallway. You cannot see what Mavis is dreaming, but the way she sinks her nails in her arm tells you everything you need to know. The Harbinger manifests itself. The sinister figure might remind you of The Babadook (Jennifer Kent, 2014), but this specter is disturbingly silent. 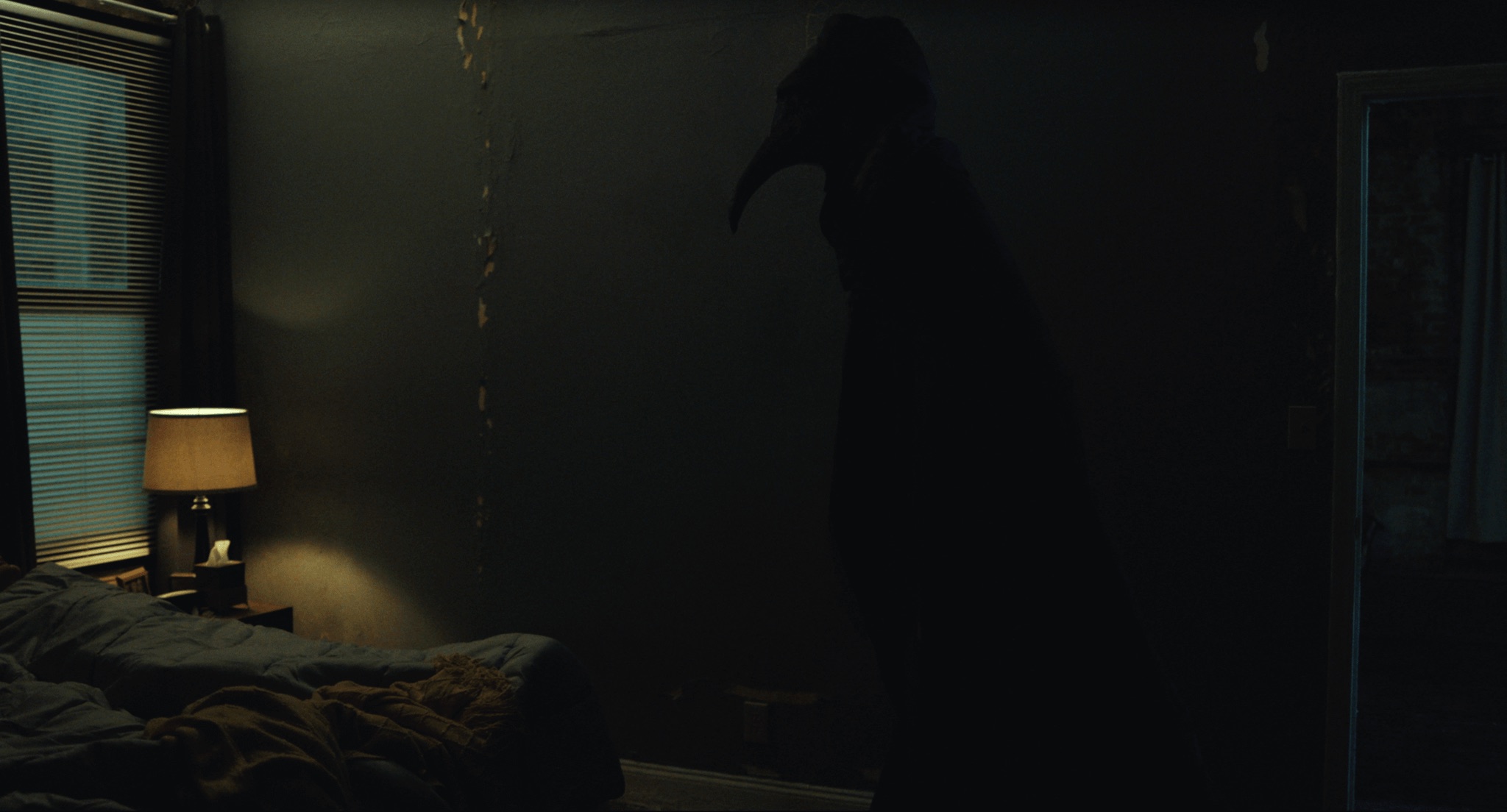 The Harbinger is in the building / Photo: XYZ Films

Even without the fantastical fiend, the loneliness that imbues Mavis is lacerating. There is no empathy in her building mates, and their rage seems to be a lesser form of evil. There is a stark contrast with Monique’s life. She might be in lockdown too, but having the warm company of family makes a world of difference. We meet them as they celebrate their father’s birthday with a gluten-free chocolate cake. None of them is a celiac patient. It was the only one available amid the stock crisis. They perform COVID safety protocol by second nature, as naturally as a handshake.

The Harbinger goes beyond registering a particular way of life for posterity. It dramatizes a social epidemic exacerbated by the coronavirus: loneliness. Those with nearby biological or chosen families managed to endure the lockdown more easily. Mavis seems more vulnerable because she is utterly alone until Monique shows up at her door bearing the gifts of company and a sympathetic ear to her fearful ramblings. Despite all her good intentions, Monique is not ready to get dragged into the nightmare.

The virus is not the only contagious curse at large. Soon after moving in, Monique experiments similarly involving nightmares, just like the frazzled Mavis. This development pushes The Harbinger into the sub-genre of something we can call Contagion Horror. Vampire and zombie movies of yore set up the roots of it, but in recent years, it has moved on to project existential dread. Recent examples of this subset of movies are It Follows (David Robert Mitchell, 2014) and She Dies Tomorrow (Amy Seimetz, 2020).

Desperate for answers, the women contact a demonologist via Reddit - this plot twist might age the movie faster than pandemic mores - and gain more knowledge about their predicament. The Harbinger is a demon. He aims to erase his victims from both the physical world and the memory of others. Mavis’ initial protestations about “not being forgotten” finally come into focus. Oblivion is a destiny worse than death. Monique’s deceased mother keeps being referred to by her family. She is gone but not forgotten. And when she starts to appear as a menacing presence in the Harbinger-induced nightmares, it brings an extra charge of despair. 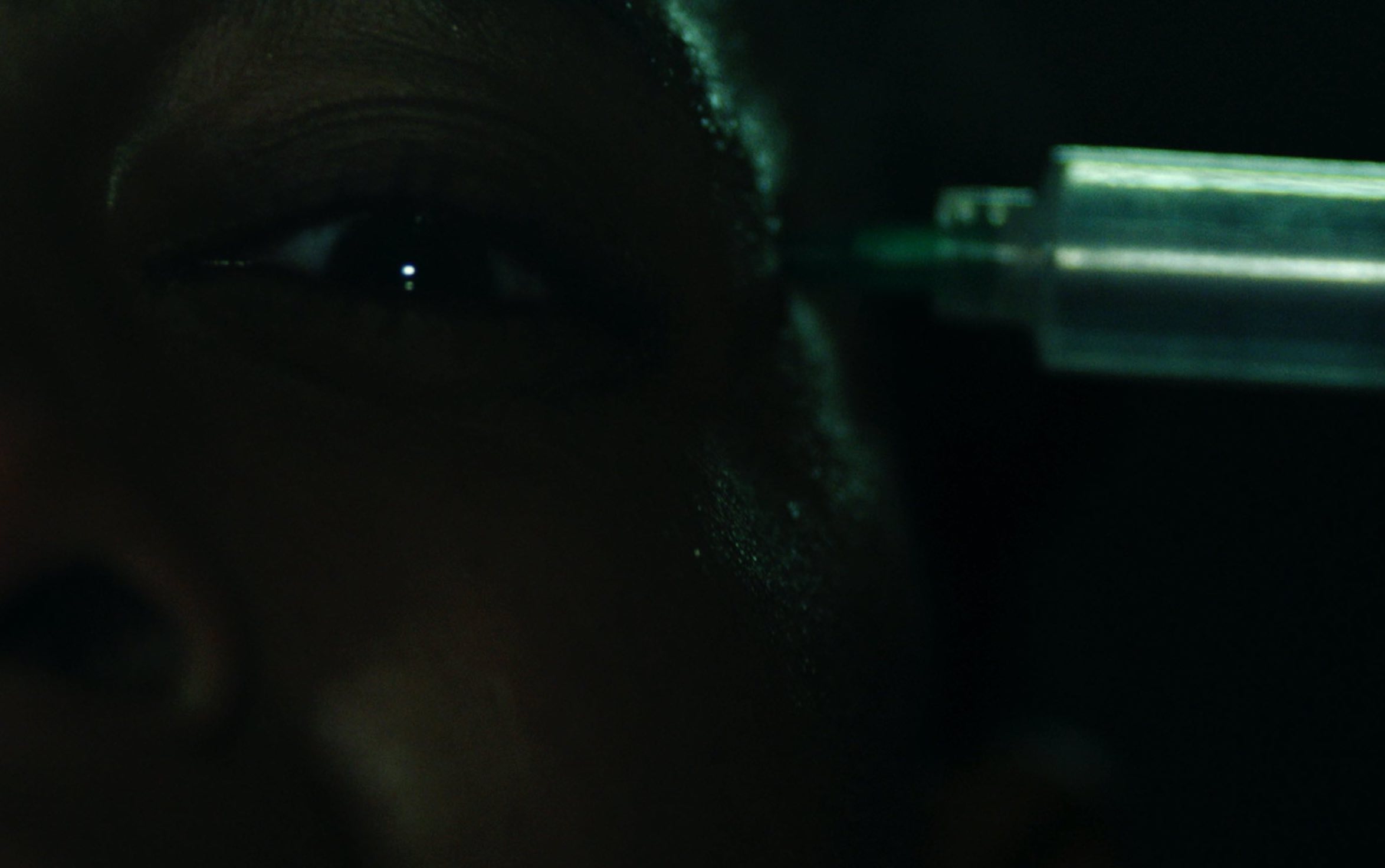 Beans and Davis have precious little time to make you believe they are estranged long-time friends coming back together under duress. Mitton contributes with a small but powerful gesture. Once Mavis makes it to the fateful apartment, and they sort out an agreement to put the COVID safety protocol aside, they fall into a warm embrace. A heartbeat overtakes the sound mix, coinciding with the brief moment of physical contact. If anything, the pandemic left us with a new appreciation for the value of the human touch. A handshake, a hug, a kiss, those fleeting moments of contact stopped being an afterthought and regained power by sheer scarcity - they were also imbued with menace as possible means of contagion.

Gabby Beans gives a revelatory performance, but she is far from a neophyte. She has had a steady influx of appearances in peak TV, with House of Cards, The Good Fight, and Succession episodes. She was nominated for a Tony for Best Performance by An Actress in a Lead Role for the 2022 Broadway revival of Thornton Wilder’s The Skin of Our Teeth. You do not feel for a second that she is slumming in a modest independent production. Even within its limits as an independent production, The Harbinger conveys an atmospheric dream world that never betrays the modesty of its budget. 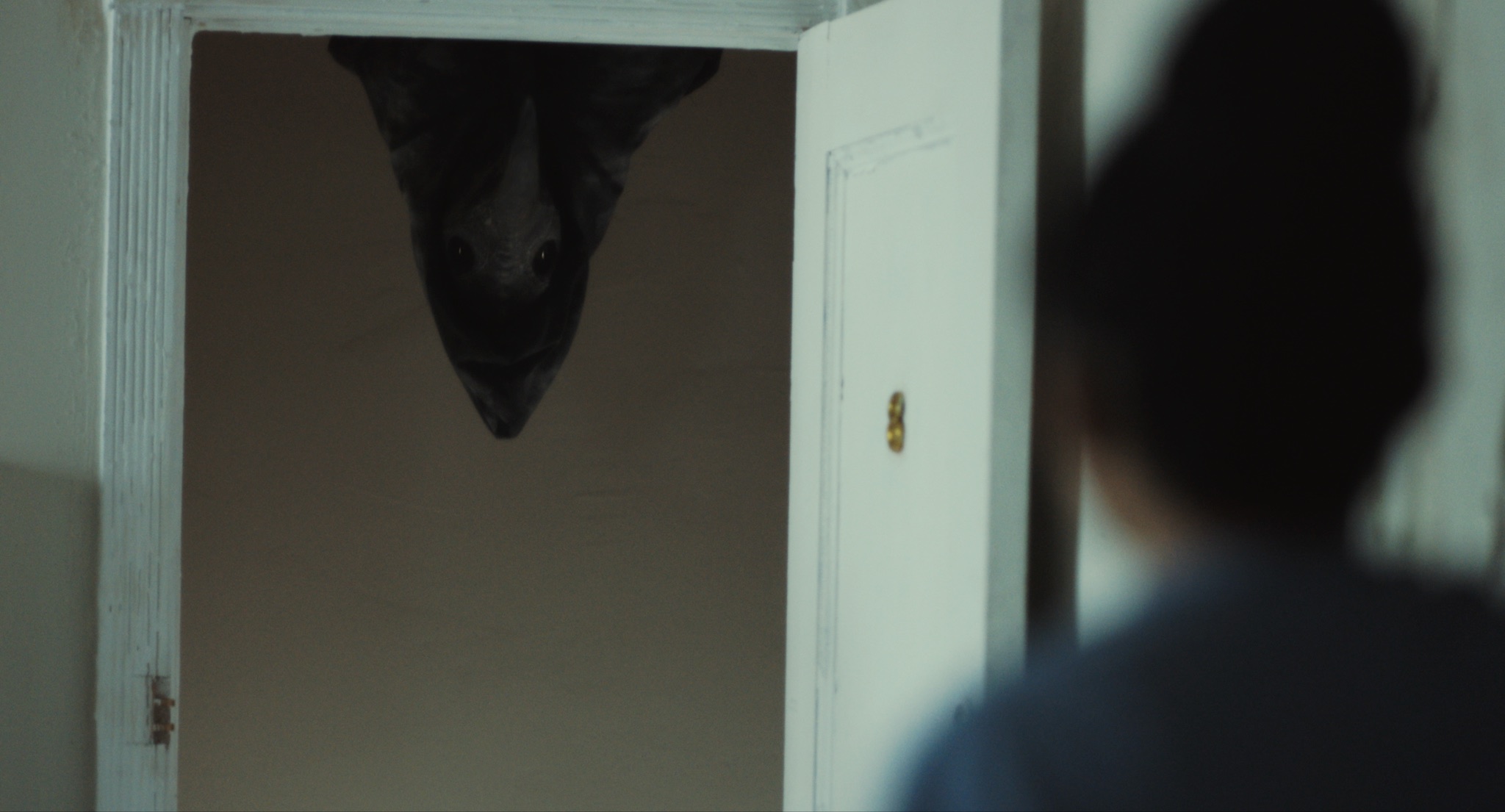 David gets the showier role, yet, she infuses Mavis with lacerating vulnerability. The actress has a long list of credits in independent fare, including voice work on Dash Shaw’s cooler-than-thou indie animated features Cryptozoo (2021) and My Entire School Sinking into the Sea (2016). Her work here should bring bigger and better roles.

Eventually, The Harbinger moves on from the setup and lets the characters lose on a maze of dreams within dreams that would put Christopher Nolan to shame. It feels like a letdown because you miss the interplay within the actresses as they Nancy Drew their way through the clues that define the ethereal mystery threatening them. By then, the hard work of getting the audience to identify with their predicament. The mournful quality of the conclusion seals the deal on one of the year’s best horror movies. It is as sad as it is scary.