The Silence of the Mole (Anais Taracena, 2021): a Real Life Political Caper from Guatemala

When we first see Elias Barahona, he gives testimony on a historical trial in Guatemala. On January 31, 1980, peasants and indigenous activists occupied the Spanish Embassy in Ciudad Guatemala, protesting government-sponsored violence. The regime responded by torching the place down, killing 37 Guatemalans and foreign diplomats. Barahona wants to speak in court because he has crucial information since he was with Minister of the Interior Donaldo Álvarez Ruiz when he made the tragic call. He was his press ataché and an anti-dictatorship mole who infiltrated the highest echelons of power.

With The Silence of the Mole, filmmaker Anais Taracena contemplates the complex social dynamics of covert resistance and the aftermath of unspeakable violence. We interviewed her as the movie opens around the United States.

I first met his brother, David, who went to France as a political refugee in the 80s and never returned to live in Guatemala again. I wanted to work on exile as a subject, and David would always talk about his brother. When I returned to Guatemala, I brought Elias a copy of the documentary and a tape with an interview he had done on international TV. We became friends and talked about recording his testimony, even before getting the idea of doing a full documentary, but he got sick, and we never got around to it.

One day, he called me to tell me he was giving testimony on the Spanish Embassy trial. He wanted me to film it. I did it, and he died soon afterward. The idea of making this documentary blossomed after his death. 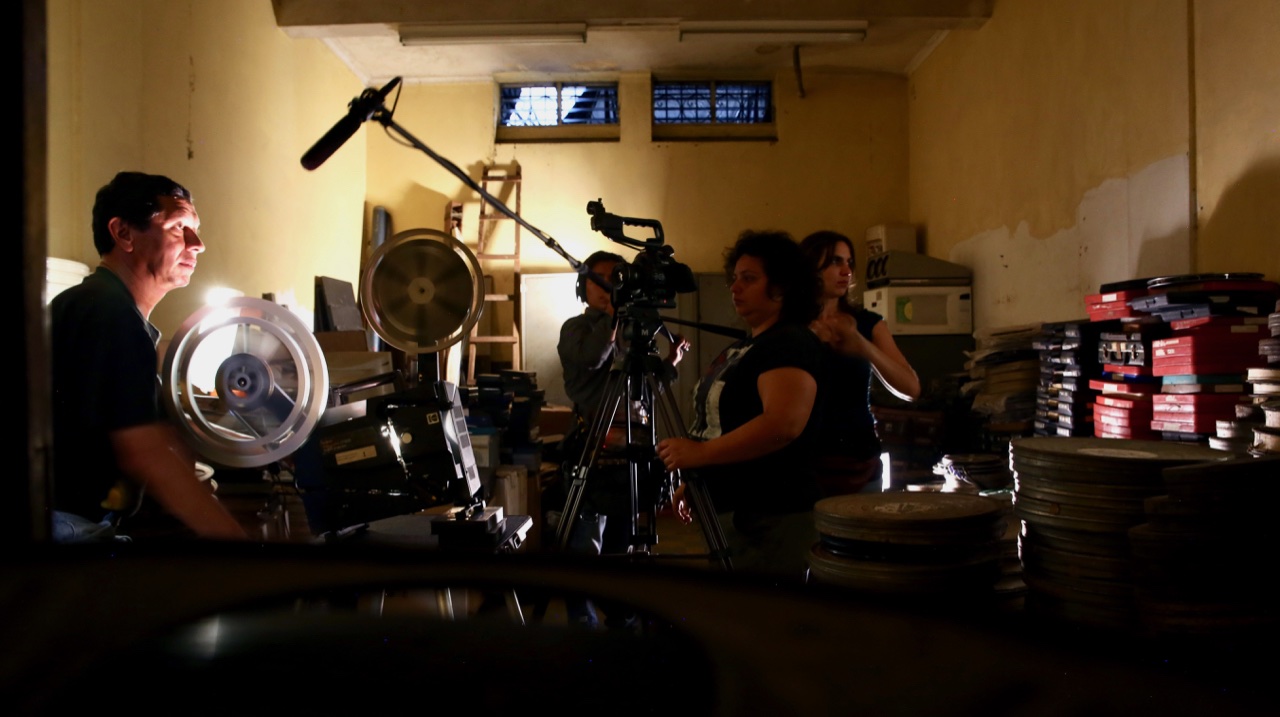 Popflick: The movie branches out from Elias' story into those of the people who knew him, and you paint a very complex picture of Guatemala in the 70 and 80s. Still, not many people wanted to talk about what happened. How did you work around this?

Anais Taracena: My intention was not to convince people to talk. It was to name this state of things, a situation where some do not want to talk. They do not feel comfortable doing so, or rather not doing it at all. If there was silence or sight, I wanted to show it. I am not looking for objective truth. This story is full of subjective truths and many personal viewpoints. I want to look at this from a contemporary perspective. To show how in Guatemala and elsewhere, people deal with these silences, like silences related to family stories and things nobody wants to tell. There are many types of silences, and not all are negative.

Popflick: The movie deals with events happening before you were even born. How do you connect with them?

Anais Taracena: I was born in 1984, so everything happened before my time, but I was well aware of the events. I grew up in Costa Rica, where my family went into exile. So, the subject and themes were already familiar to me.

I talked with a lot of people, many who do not even appear in the documentary. I took it as an exercise to understand how people lived in those times. My father is a historian, and we always discuss these things, but many families do not have this knowledge. They do not talk about it, or it never gets thought about at schools. I wanted my generation to take a measure of how life was back then in Guatemala City and how it felt to live that particular brand of repression.

It helped me a lot to visit the archives, and it was shocking. When you see the onslaught of news and photographs, you grasp the brutal level of terror and repression of that time.

There is an aesthetic search. Many images in the film come from the present, but you can feel the past on the streets. It is very subtle, but you can recreate this kind of atmosphere. My aim is not to terrorize people but to try to represent that moment. I think we managed to do that, to give that feeling. 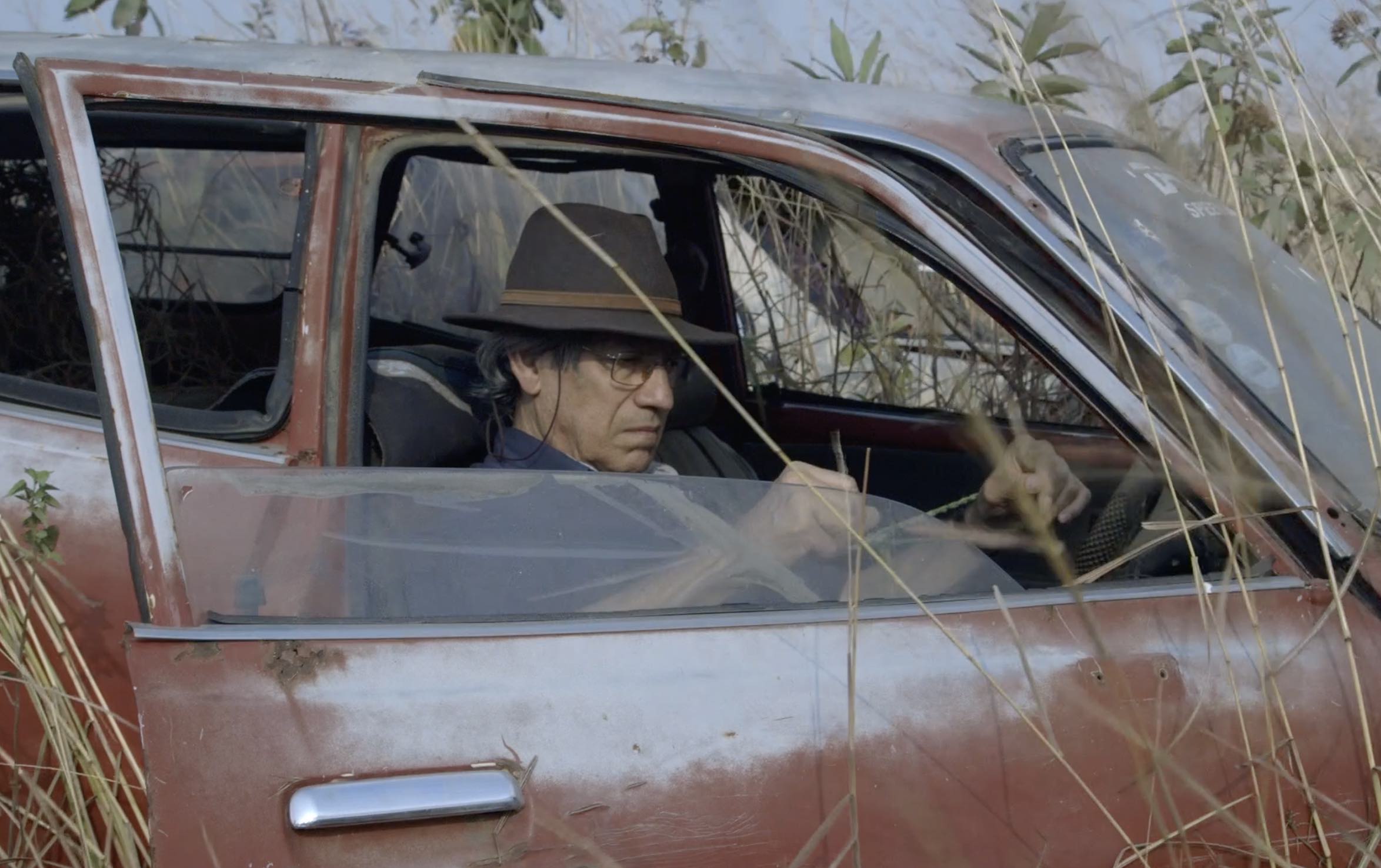 Carlos Obregón performs his own traumatic kidnapping in The Silence of the Mole / Photo: Asombro Producciones

Popflick: When Carlos, Elias’ childhood friend, visits a junkyard, he sits in an old car and reminisces about his kidnapping. He even tries to tie his hands up with a piece of string. Do we need to relive our traumas to overcome them?

Anais Taracena: It depends on each person. I have known Carlos since I was a child, he was a friend of my family. It was just by chance that he knew Elias. At the location, we did not give him any directions. Places can be powerful, and once you put a camera in them something takes over. A camera brings things out of you. He proposed everything: getting into the car, and tying his hands. He did a reenactment. It was a performance of himself, we just filmed it.

Some people might say this is ethically sketchy. Everyone can have a different opinion, but it was cathartic. He tells us how he resisted, and it was by falling asleep. Carlos found humor while facing overwhelming terror. Falling asleep was the most powerful act of resistance.

Popflick: How did you manage your incidence in the documentary? The voice-over manifests your presence, but we never see you physically. How did you arrive at this limit?

Anais Taracena: Once we started shooting, I decided to include a voice-over, but it did not feel natural to have me on camera. I wrote and rewrote my lines. I would record myself, edit the clips, and send them to the editor. I was changing lines even on the last day of editing.

It was a challenge to balance the amount of voice-over. In the beginning, there was too little. You could not quite understand what this voice was doing there, and the tone was too impersonal. You could tell I was the director, but not that this was not my own story. We followed a process of trial and error until we organically arrived at our goal. 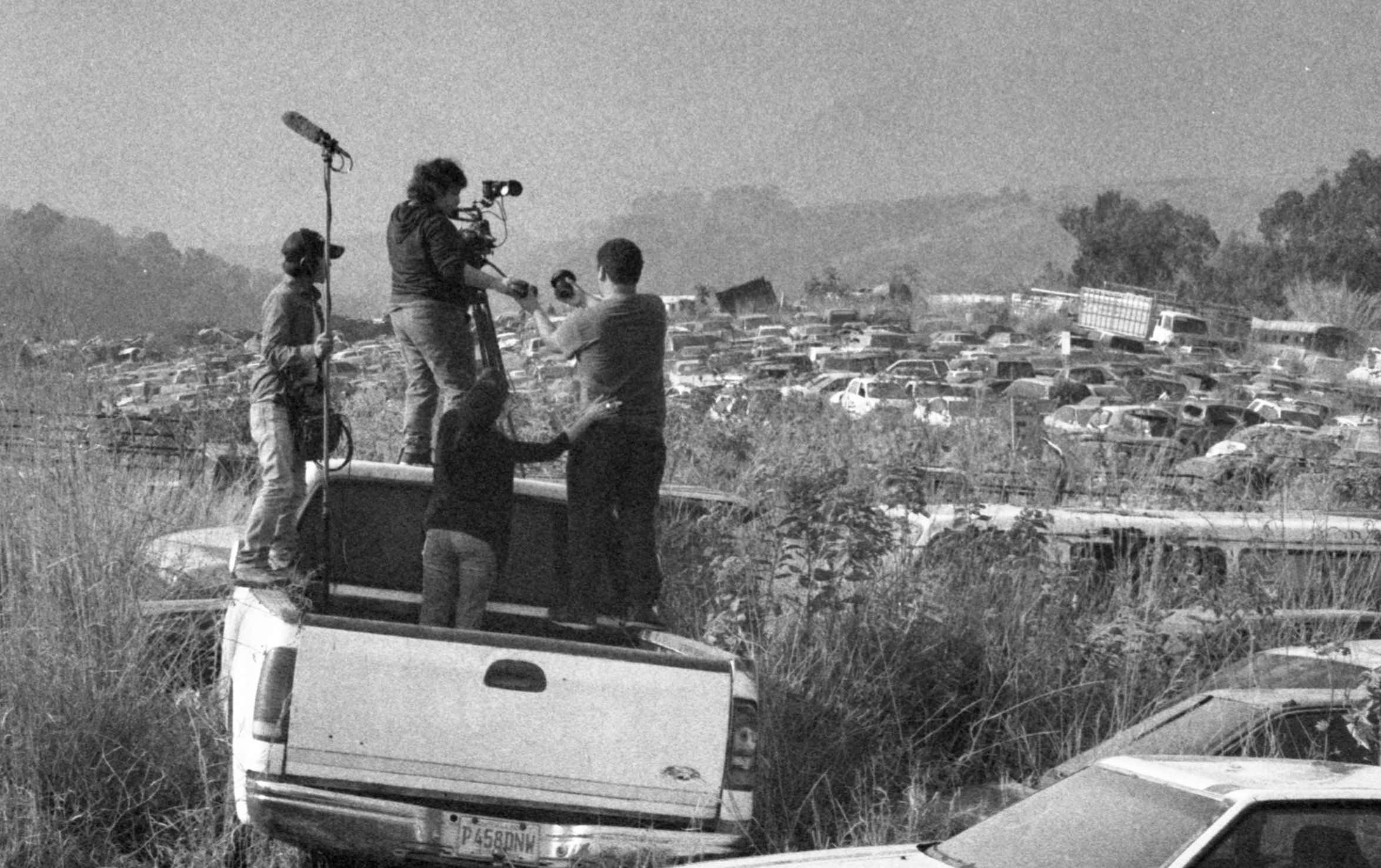 Finding where images come from, in The Silence of the Mole / Photo: Asombro Producciones

Popflick: You seem concerned with how we preserve history. We see leaders, trailers, countdowns, all these things that are usually edited out. Why?

Anais Taracena: the documentary is not just about the mole or Guatemala’s history. Our narrative line has to do with the search for information and the material quality of images. Why do some images exist, and others don’t? Why can we see something and others can't? How do images survive? Who shoots them, and why? Sometimes you can hear my voice coming from behind the camera. I want you to know that someone is shooting this. To leave all these things in allows you to show these images do not exist magically by themselves.

Popflick: You shot in Donaldo Álvarez Ruiz’s office at the Government Palace. How did it feel to film there? Was it like time standing still?

Anais Taracena: In Guatemala, it seems like time stands still in way too many places, especially in government institutions. We asked for permission to shoot in the hallways of the palace. We got it, and then I asked if we could shoot in an office. They said they could only give us one unused, and that was the place, by sheer chance. Even the furniture was the same!

Popflick: And you realized this the moment you got in?

Anais Taracena: Immediately! I could not believe it. It’s one of those treasures you find while making a doc.