Argentina, 1985: before and after the drama on the shortlist for Best Foreign Film Oscar

It is easy to see why Argentina, 1985 made it into the shortlist for the Best International Feature Oscar. Santiago Mitre’s film is the kind of historical drama that sweeps audiences into a furor over the cause it memorializes. It may look important with a capital “I”, but with nary a drop of self-importance. The movie takes us back to the nascent days of Argentinian democracy when a fragile civil government takes over from the military dictatorship that deployed a dirty war against dissenters and guerrillas between 1976 and 1981.

Society rushes to move on, but there must be some reckoning. The military court drags its feet when it comes to making its cronies accountable, so civil courts push the case forward in their jurisdiction. Nobody expects much of it, especially Prosecutor Julio César Strassera (Ricardo Darín). He thinks he is being set up to fail and, in the process, wash away the responsibility of the military. General Jorge Videla (Marcelo Pozzi) and his accomplices seem too powerful to really pay for their crimes. But something unexpected happened on the way to impunity. Aided by Deputy prosecutor Luis Moreno Ocampo (Peter Lanzani) and a gang of plucky young lawyers, Strassera builds a strong case that cannot be denied.

Argentina, 1985 merges procedural and courtroom drama in an irresistible combination, but there is nothing formulaic in its approach to the material. The politics get filtered through family dynamics. Most historical films about crusaders give spouses and children a short string. They are either nagging nuisances for the hero or targets for opposing forces, obstacles or liabilities. Mitre, who lends a hand to the script by Mariano Llinás and Martin Mauregui, zeroes in on the Strassera household, driving home how deeply the climate of repression affects everyday life. There is plenty of warmth and humor in the interplay between the husband, wife Silvia (Alejandra Flechner), teen daughter Verónica (Gina Mastrincola), and kid brother Javier (Santiago Armas Estevana). Their interplay holds drama and comedy, from the paranoid conviction that the girl’s boyfriend might be a secret service operative to the jokes they make about threatening anonymous phone calls.

Theirs is not the only family under pressure. García Moreno is the privileged descendant of a long line of military men - his great-grandfather was a founder of the army - but his commitment to bringing the Junta to justice is so strong it overpowers any qualms. His mother is a conservative matron who goes to the same church as the Videlas. The character becomes an unexpected barometer of public opinion. The prosecution not only has to win over the judges. They also have to convince society at large. It is easier to move on when it is not your kin who was tortured, raped, disappeared, or murdered. 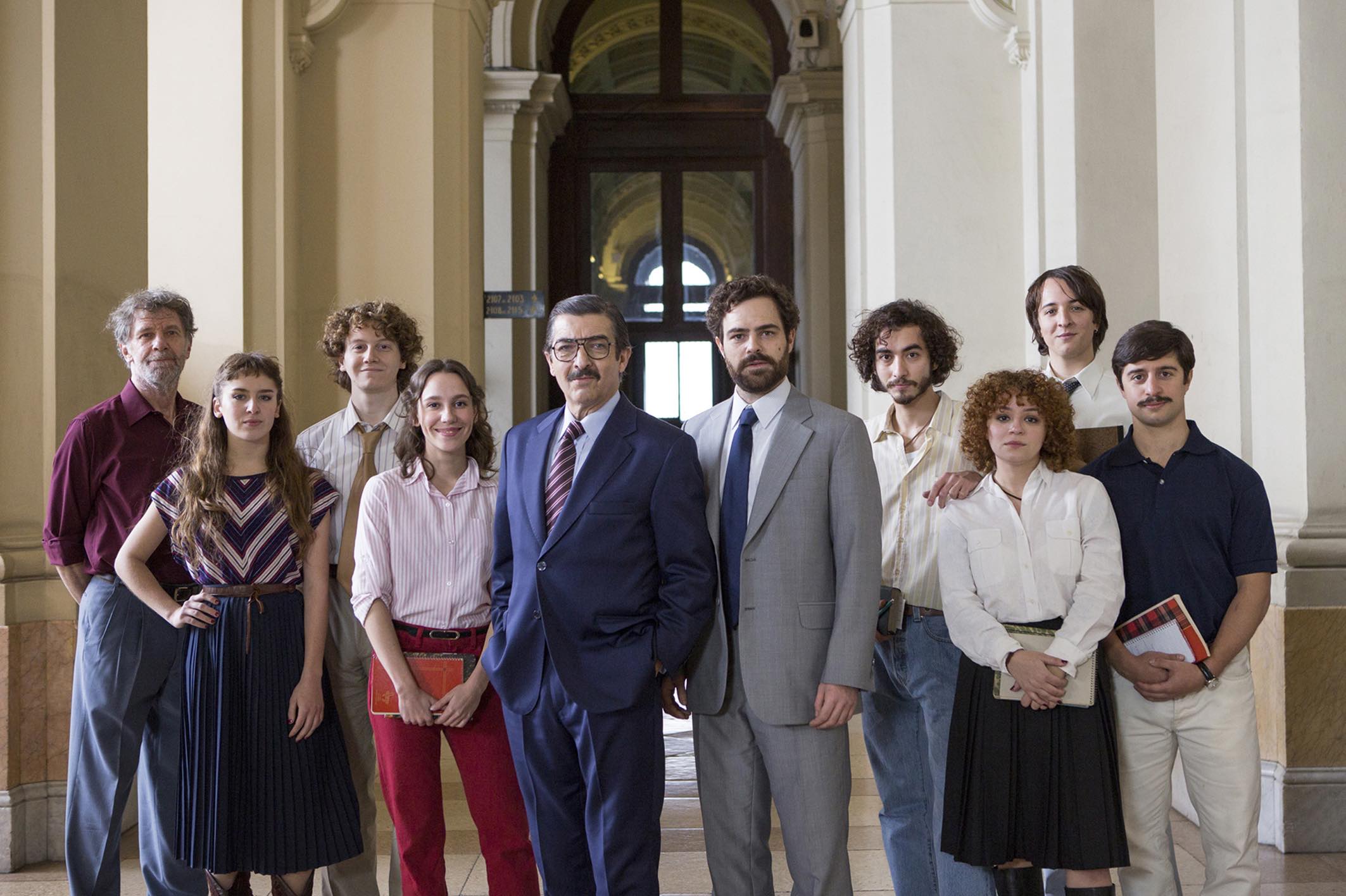 Argentina, 1985 is an absorbing courtroom drama that subverts expectations. You can imagine lesser movies deploying flashbacks and reenactments to drive home the brutality of the crimes at hand, but Mitre trusts his performers. His camera remains in the present, just as the trauma of the victims. Laura Paredes (La Flor), playing witness Adriana Calvo de Laborde, offers acting that would get an American actress a ticket to the Oscars. Think Judy Garland or Montgomery Clift in Judgement in Nuremberg (Stanley Kramer, 1961). The filmmakers cut the scene to serve as bookends to a montage of testimonies from many more victims, somewhat diminishing the impact of her performance. It is a small price to pay. This way, the focus remains on the human tragedy, not the artistic artifice.

Argentina, 1985 does not explain how this level of state-sponsored criminality was possible in the first place. Azor (Andreas Fontana, 2020) offers complementary viewing that will help you to fill in the background. This ethical thriller follows Yvan De Weill (Fabricio Rongione), a Swiss banker pulling an impromptu visit to 1980 Buenos Aires to assuage his bank’s clients in the aftermath of the mysterious disappearance of his colleague René Keyes (Alain Gegenschastz). Fontana keeps the violence out of camera range. The closest we get is at the first scene, when the car taking Yvan and his wife Inés (Stéphanie Cléau) from the airport to their posh hotel is stopped at a roadblock while military police detain two young men. The travelers, and we, never see what happens to them.

From that point on, Azor sticks to Yvan and Inés’ tour of the enclaves of the elites. Hushed words in dinner parties and poolside cocktails hint at the horror just outside the gates - Azor is a code word Inés’ family uses to warn about impending danger -. It may come in handy. Their money, status, and political alliances might protect them, but only so far. A well-to-do widow fears “they might come after us.” A rancher mourns his disappearance of his favorite daughter but cannot really do anything about it. Again, we do not see what happened to her, just a family picture of the girl smiling, mounting her favorite horse.

Yvan inches closer to power when he gets to one of his most important clients, a ghoulish High Prelate (Pablo Torre Nilson) he meets at the military club. He gets on the good side of the church and the army in a single appointment. We want to believe Yvan is capable of at least a little indignation. A flicker of the eye would be enough. Yet, he remains cold and aloof. Whatever emotion he shows comes from his sense of inadequacy. Everybody compares him to the missing Keyes and finds him wanting. Was he a victim of violence himself? Yvan does some digging but only encounters his own amoral dark side. Azor shows you how easy it is not to know. They are counting on good people to look the other way.

You can close this crash course in recent Argentinian history with The Official Story (Luis Puenzo, 1985). The film won the Academy Award for Best Foreign Film and is anchored on a towering performance by Norma Aleandro, a well-to-do woman discovering the scope of her family’s involvement with the regime.